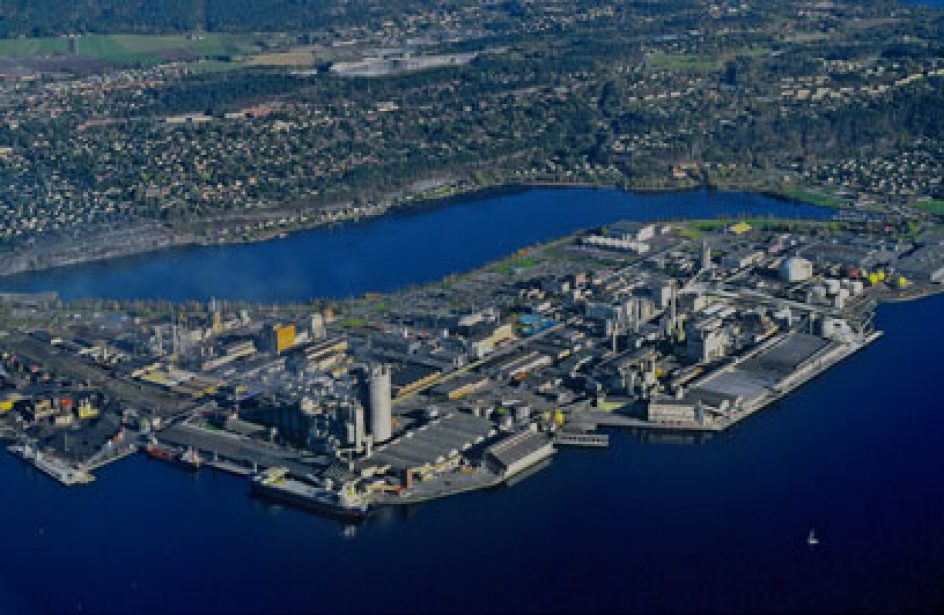 Oslo’s Norsk Hydro ASA announced on Friday that it entered into an agreement with fellow Norwegian firm Yara International ASA for the sale of Herøya Nett AS and the quay facility at Herøya Industrial park.

According to Hydro, the sale of Herøya Nett and the thirty employees who work there will close in June. No sale price was given in the press release.

The park was once Hydro’s largest production location, where it produced fertilizer, plastics, light metals, and related products. The park has diversified in the intervening years.

“We are pleased to have reached an agreement with Yara regarding the acquisition of Herøya Nett and the quay facility and are confident that the operation will be continued in the best possible way,” explained Eivind Kallevik, Norsk Hydro ASA Executive Vice President.

Founded in 1905 by Sam Eyde, Kristian Birkeland, and Marcus Wallenberg, Yara is a chemical company that demerged from Hydro in 2004. Under Hydro, Yara was the world’s first producer of mineral nitrogen fertilizers. At the present time, Yara also produces nitrates, ammonia, urea, and other nitrogen-based chemical products. Listed on the Oslo Stock Exchange, the firm employs around 13,000 individuals, operates production sites on six of the Earth’s seven continents and in over fifty countries, and conducts sales in three times that number of countries. The Norwegian government is Yara’s largest shareholder, owning over one third of the company’s outstanding shares.