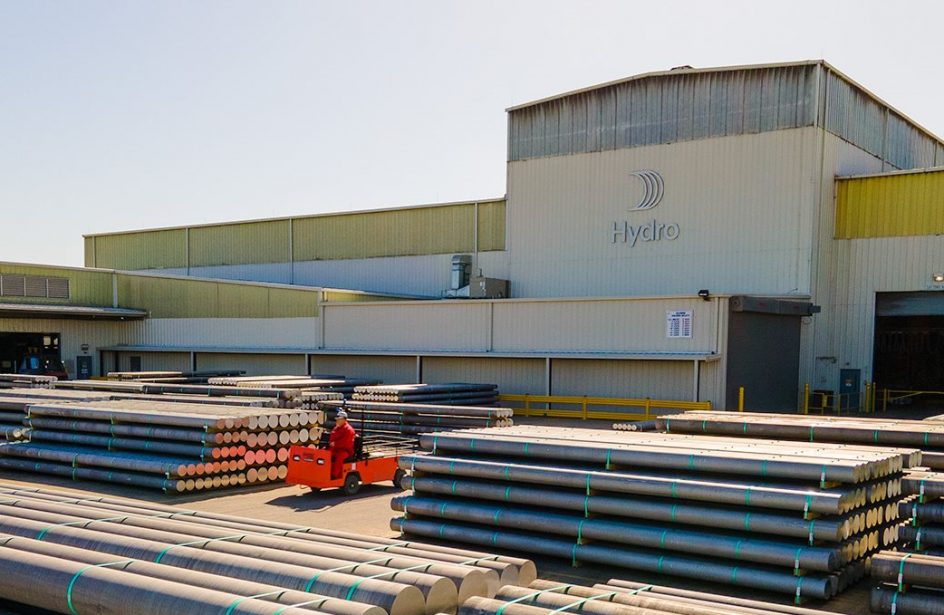 Hydro said in a press release that the capital expenditure would allow the plant to produce advanced aluminium alloys intended for the automotive industry. Among the aluminium products to be produced at the site is Hydro’s low-carbon CIRCAL line, which is produced with a recycled aluminium content of at least 75 percent.

The project will consist of two main parts: the installation of a new homogenization furnace and a new baghouse. The furnace will allow the Henderson aluminium plant to increase production of low-carbon aluminium by adding recycled aluminium melted down in the furnace, while the baghouse will reduce emissions, improve air quality at the plant, and open opportunities for using post-consumer scrap that is collected by the apparatus.

Trond Gjellesvik, President of Hydro Aluminum Metals in the U.S., said that the firm had several aims in increasing its low-carbon aluminium production.

“At Hydro we want to accelerate the green transformation of the aluminium and automotive industries by increasing our use of post-consumer scrap to pull more used material into the value chain and promote a circular economy, while also delivering our automotive customers advanced, high strength alloys.”

“As carmakers continue to make metal substitution decisions, particularly for electric vehicles, our investments allow us to support our forward-leaning customers in reaching their climate ambitions,” he continued.

Henderson’s plant manager Seth Augustine noted the importance of his facility to the area and to the aluminium sector in general.

“With these new investments, we look forward to doing so for the next 25 years and being a growing part of the expanding Kentucky automotive industry,” he continued.