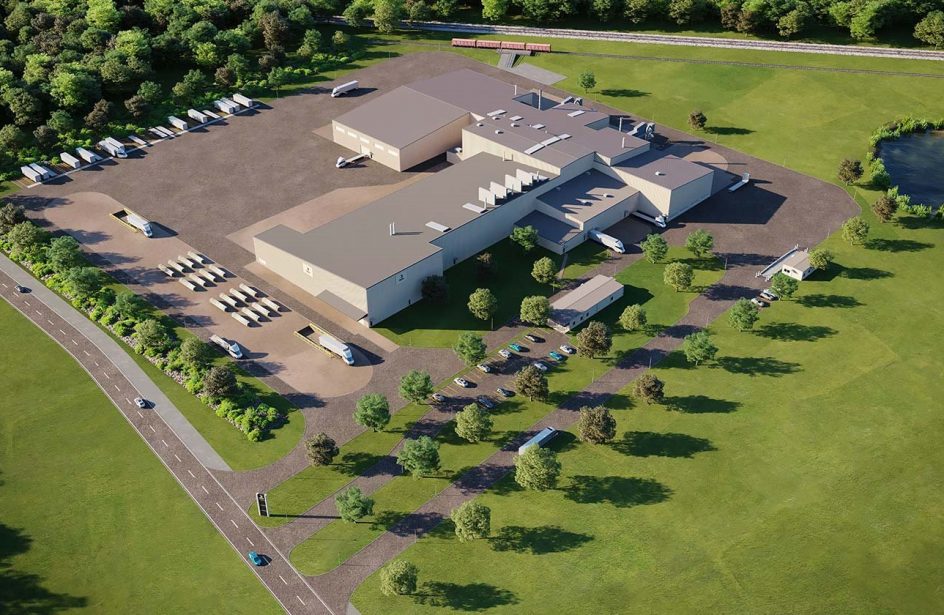 The plant is expected to have a nameplate capacity of 120 thousand metric tons of recycled aluminium per annum and employ around 70 workers.

Hydro says the plant will produce its low-carbon CIRCAL line of recycled aluminium, which contains at least 75 percent post-consumer aluminium scrap. CIRCAL’s CO2 footprint is just 2.3 kg CO2e/kg aluminium, which is among the lowest on the market today.

“The Cassopolis greenfield development will mark the first large-scale production of Hydro CIRCAL® extrusion ingot in North America. We look forward to bringing this high-quality, low-carbon product to our most demanding customers.”

“The Cassopolis project represents a key stepping-stone toward Hydro’s goal of doubling recycling of post-consumer scrap in its production processes and providing an EBITDA uplift of NOK 0.7-1.1 billion from the recycling operations by 2025,” he continued.

Hydro cited a rise in consumer demand for low-carbon aluminium in the North American market as the driving force behind the move. CIRCAL is likely to find its broadest use in the automotive manufacturing sector and anticipated its first delivery of the low-carbon alternative from its Texas plant by the end of this year.

Norsk Hydro, which was founded in 1905, financed by the Swedish Wallenberg family and French banks, began its life named Norsk hydro-elektrisk Kvælstofaktieselskab (literally, “Norwegian hydro-electric nitrogen limited”) by Sam Eyde. The Norwegian government owns approximately 40% of the company at the present time. Norsk Hydro is one of the largest aluminium companies in the world, with plants in Rjukan, Raufoss, Vennesla, Karmøy, Høyanger, Årdal, Sunndalsøra, and Holmestrand. Norsk also has several plants abroad, including in Germany