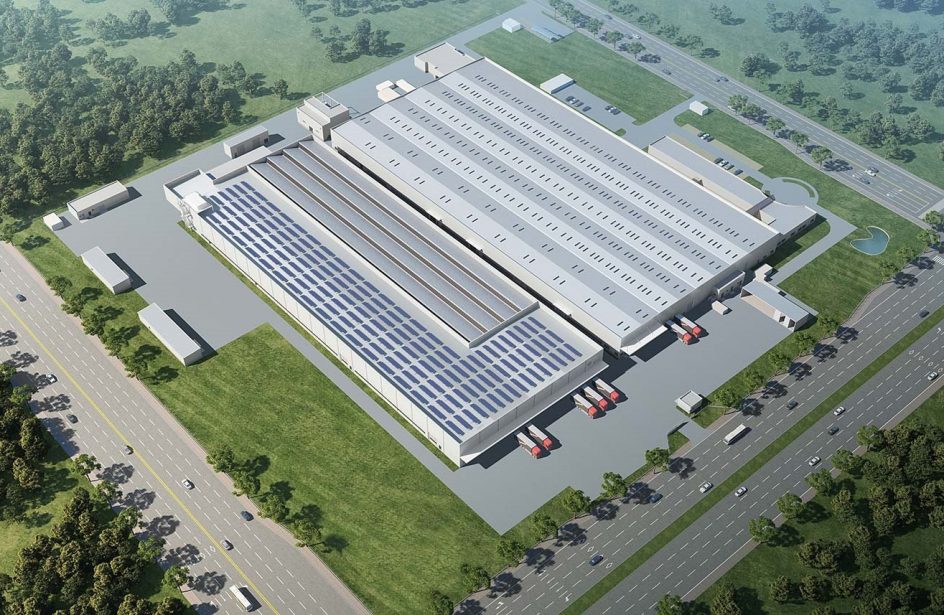 Illustration of Hydro's Suzhou plant in China including the expansion of the new automotive extrusion press. Source: Norsk Hydro

Norwegian aluminium firm Norsk Hydro ASA announced this week its plans to install a new extrusion press at its aluminium plant in Suzhou, China. The new NOK390 million (US$45.8 million) press will position the plant to better serve its customers in the burgeoning automotive and electric vehicle sector.

In addition to the 12-inch extrusion press, Hydro’s investment at the plant will also include an expansion at the site. Altogether, the project will yield an additional 75 jobs as well as significantly boosting the plant’s nameplate capacity.

Hydro executive vice president Paul Warton said in a press release that the addition dovetails with its overall strategic direction.

“We’ve succeeded in building a platform in China toward the e-vehicle market, but we need more capacity to satisfy the market’s demand for high-end and safety-critical components. This is directly in line with our strategy and it is why we are making this investment now.”

Hydro says it expects to have the new extrusion press up and operational by the middle of 2023.

“The new press will play an important role in helping us secure long-term customer business and will support our global product offering with a strong presence in China,” elaborated Hydro senior vice president and head of Precision Tubing Erik Fossum. “We are very excited about the decision to continue investing in China.”