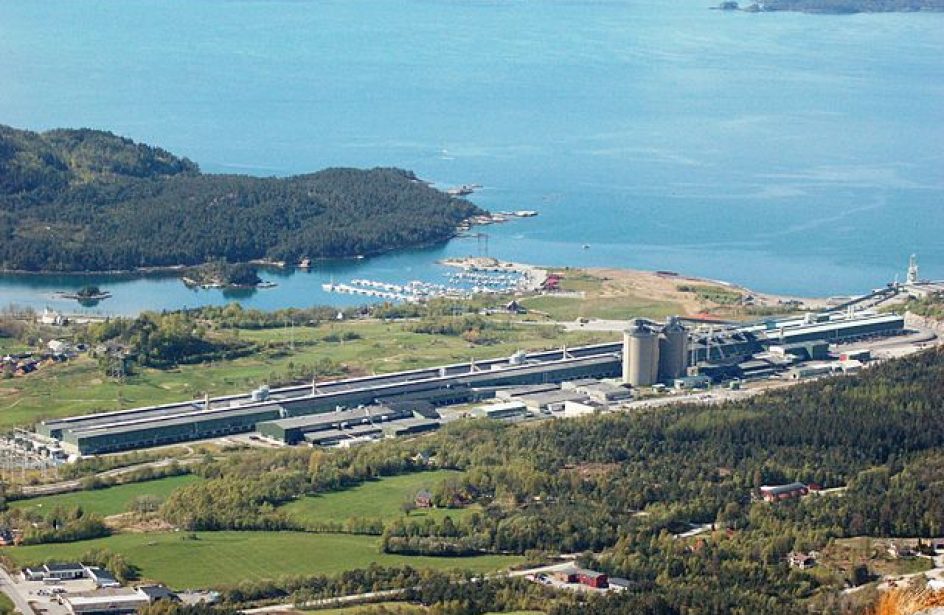 Citing efforts by the People’s Republic of China to clamp down on runaway aluminium capacity, Norwegian aluminium smelter Norsk Hydro A.S.A. is considering firing up aluminium smelting capacity that has been shuttered since 2009.

In an interview with Reuters, Hydro’s Chief Executive Svein Richard Brandtzæg revealed that his firm is weighing the possibility of ramping up output at its aluminium smelter in the western Norwegian city of Husnes by 95 thousand metric tons per annum. The plant’s capacity upon ramp up would then total around 185 thousand metric tons per annum he said.

Brandtzæg says his firm expects China to cull aluminium production by about 1.4 million metric tons per annum in its efforts at scaling back pollution during the winter months.

“This has a big impact on the supply-demand balance. Not only in China, but the rest of the world,” he opined.

Brandtzæg went on to say Hydro is running at full capacity in most other aluminium smelters.

“Prices are at levels that make it relevant to consider restarting production,” he opined.

He continued by saying that the firm’s market outlook has the aluminium market generally balanced in the current year, but that a sliver of a deficit this year is likely to widen in 2018.

“There is a much better market situation than in a long time,” Brandtzæg stated, continuing by noting that aluminium prices in Norwegian crowns are higher now than they’ve been in a decade.

Among the motivators for demand growth in aluminium in recent months has been the recent popularity of electric cars according to Brandtzæg.

“Battery driven cars have to get lighter because the batteries are heavy,” he explained.