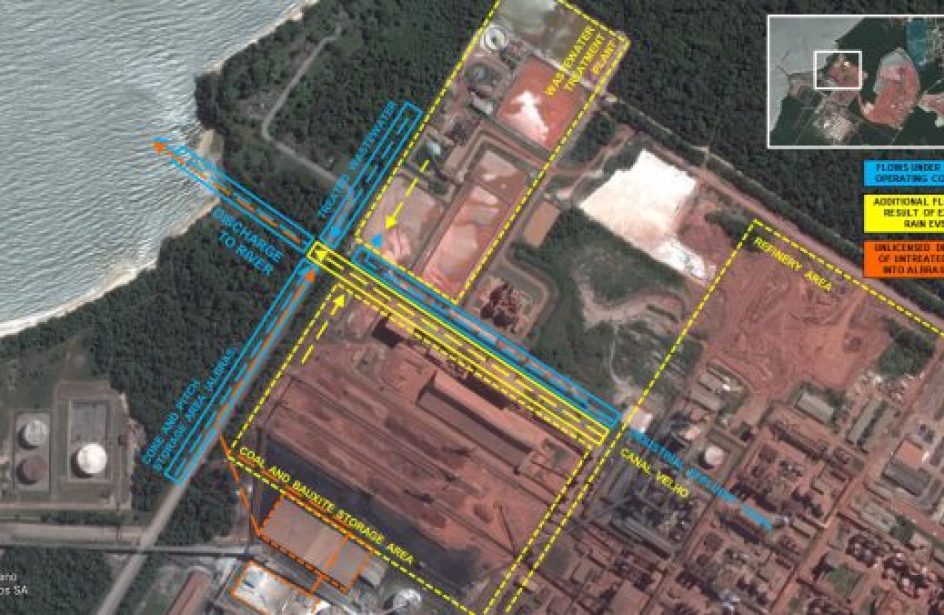 Prompted at least in part by an infraction notice from the state government, Norsk Hydro A.S.A. announced yesterday that it is expanding the scope of the independent review currently being undertaken at Alumina do Norte do Brasil S.A. (Alunorte).

In a press release issued yesterday, Hydro said that an infraction notice from Pará State Environment and Sustainability Secretary – SEMAS received last Thursday led to the expansion of the scope of review currently being carried out by SGW Services, a Brazilian environmental consultancy.

The infraction notice was issued due to an unlicensed connection between the refinery and a licensed drainage canal emanating from Albras aluminium and draining into the Pará River. Hydro says the connection allowed untreated rainwater from the roof of an Alunorte coal storage shed to reach the drainage canal and ultimately the river.

While investigating the unlicensed connection into Albras’ canal, Hydro revealed that another formerly unknown inflow from an area formerly used for hydrate storage was reaching the canal as well.

Though the initial incident that led to increased scrutiny of the Alunorte plant was flooding last month, testing by the state indicates that the discharges in question were not caused by the late deluge.

Hydro President and CEO Svein Richard Brandtzæg expressed his apologies for the situation as well as indicating the company’s continuing commitment to correct the problems plaguing Alunorte.

“We have discharged untreated rain and surface water into the Pará River. This is completely unacceptable and in breach with what Hydro stands for. On behalf of the company, I personally apologize to the communities, authorities and the society. This underlines the importance of the thorough review of Alunorte, including interfaces with adjacent operations to verify compliance with licenses. We need the full picture so we can put in place necessary actions.”