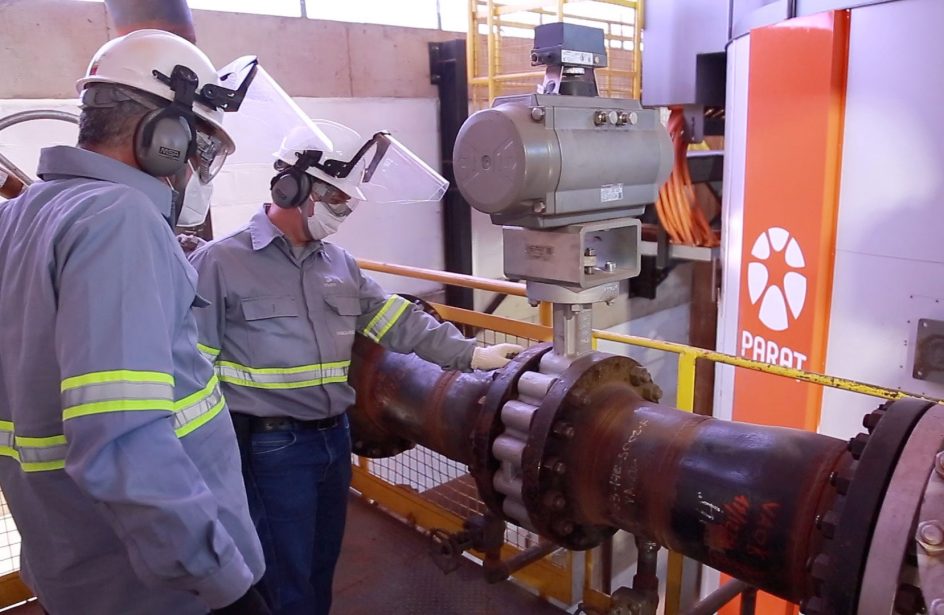 The new electric boiler at Alumina do Norte de Brasil S.A. is capable of producing up to 95 metric tons of water steam per hour while consuming only 60 megawatts in the doing. The project, which represents a capital expenditure of B$42 million, is one of three electric boilers planned for the plant, all of which are expected to come online within the next two years.

Carlos Neves, Hydro’s director of operations for Bauxite & Alumina in Brazil, said in a press release that the new electric boiler is part of the company’s commitment to reduce its carbon output.

“Innovation and technology development are the main enablers of CO2-free processes. Our ambitions for the future are to reduce our own emissions globally by 10% by 2025 and 30% by 2030. This project plays an important role in the company’s global climate strategy.”

The new electric boiler is one of several sustainability innovations at the alumina refinery. Last year Hydro began a B$1.3 billion project to begin the use of liquefied natural gas (LNG) at the plant. Hydro is also investigating the use of açaí stone as a biomass fuel, investing B$500 thousand in a project in conjunction with Federal University of Pará (UFPA).

Hydro and UFPA are also investigating the use of floating solar panels at the adjacent bauxite mine in Paragominas. The B$1 million project is expected to last for two years, as researchers attempt to combine the effort of harvesting solar energy with reducing the evaporation of water from the plant’s reservoirs.