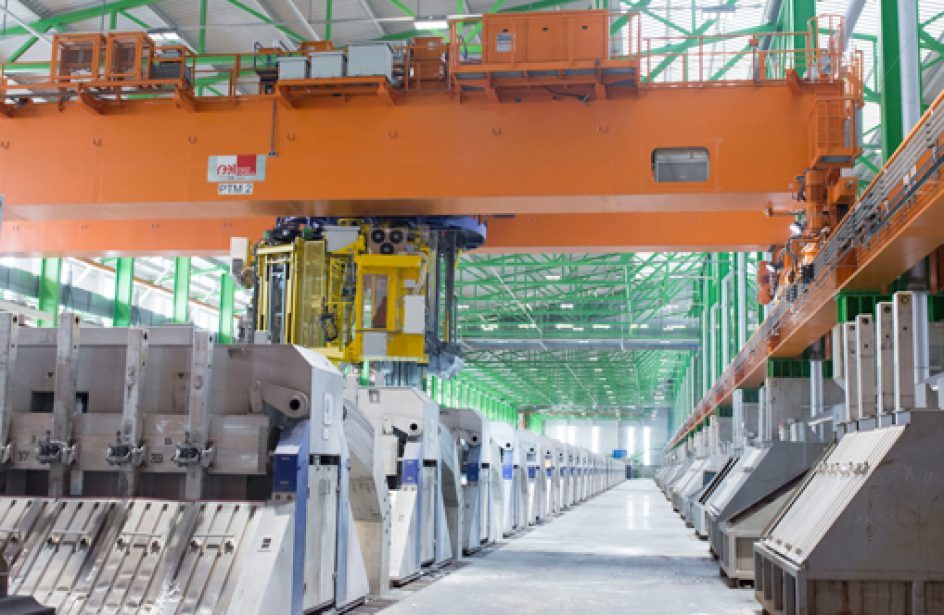 The full compliment of 60 electrolysis cells are now online at Norsk Hydro A.S.A.’s Karmøy technology pilot. Hydro made the announcement yesterday, noting that the NOK4.3 billion site will provide a launch pad for the firm’s development of high-efficiency, low-pollution electrolysis of aluminium.

At Karmøy the firm is testing a method for smelting primary aluminium that is expected to have the lowest CO2 footprint as well as using up to 15 percent less energy than the global average for aluminium production.

Per the firm, the process of starting up the cells at Karmøy began in January, with the final cell coming online yesterday. Production at individual cells ramped up slowly in order to allow for the precise tuning of equipment and handling attendant magnetic fields.

Hydro’s Primary Metal business president Hilde Merete Aasheim opined that her company is looking forward to scaling up the technology developed at the site.

“The safe and successful start-up of the technology plant is a great achievement for the organization, and very promising for the next phase – running the pilot at full-scale to verify this technology.”