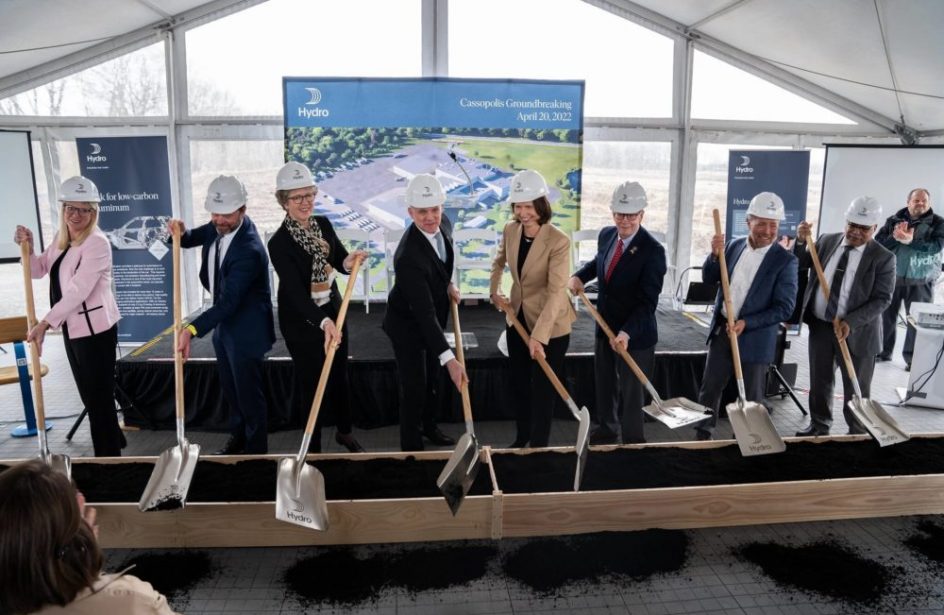 According to Hydro, the plant’s nameplate capacity will be 120 thousand metric tons of low-carbon aluminium extrusions per annum. Production is slated to begin next year, and the plant will create about 70 jobs for local workers.

The plant is expected to cater to American automotive production firms, whom Hydro notes have continually increased demand for low-carbon offerings to replace steel and other materials.

Hydro’s President and CEO Hilde Merete Asheim said in a press release that the new plant is an avenue for the firm to import Europe’s recycling techniques to the United States.

“Hydro has been in business for as long as Michigan has been making cars, and this is where our infinitely recyclable aluminum really comes to life. With manufacturers switching to electric vehicles, combined with the growing need for aluminum, we see this as an opportunity to bring next-generation aluminum recycling technology that we pioneer in Europe – to the U.S.”

“The Cassopolis project represents a key stepping-stone toward Hydro’s goal of doubling recycling of post-consumer scrap in its production processes, and will bring more low-carbon aluminum to our American customers,” she continued.

The Cassopolis plant will host the first major production of Hydro’s low-carbon aluminium CIRCAL line. CIRCAL is certified by the Aluminium Stewardship Initiative as containing 75 percent or more of post-consumer scrap aluminium. CIRCAL’s overall carbon footprint is the smallest yet of any major aluminium producer’s offerings at 2.3 kg CO2e/kg aluminum.