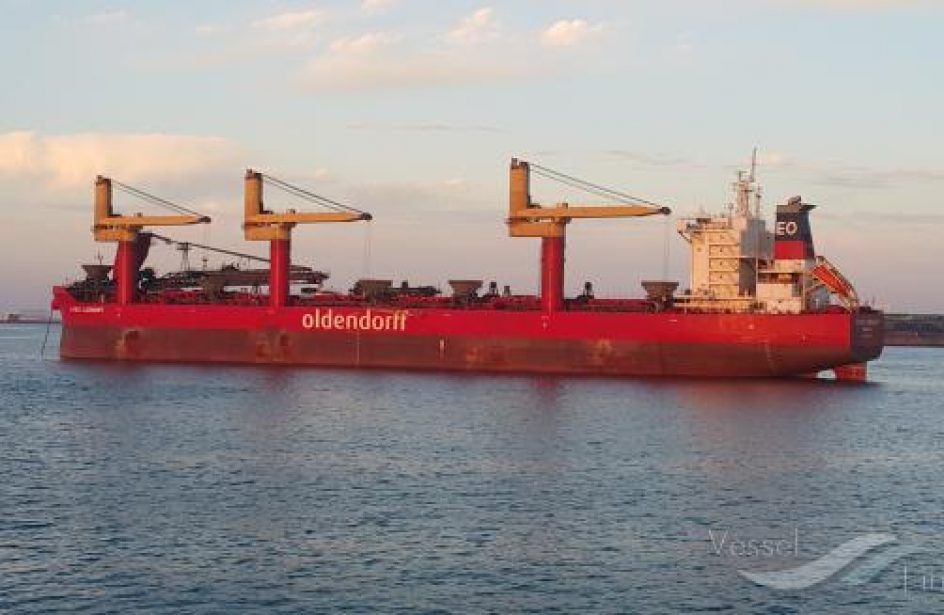 Abu Dhabi’s shipping volume is about to rise thanks to the opening of the South Quay at Khalifa Port last week. Inaugurating the port is Emirates Global Aluminium’s first bauxite ore shipment through the new quay, which is headed for its operations at Al Taweelah.

The self-discharging bulk carrier Alfred Oldendorff discharged its holds at the South Quay, and it will be followed by a steady stream of bulk carriers laden with bauxite ore for the EGA Al Taweelah operations at the new quay. The facility is well-built to handle such traffic, as it features 650 meters (2,132’) of quay wall and 37,000 m2 (9.1 acres) of terminal yard.

The South Quay will be used to ease traffic at EGA’s docks nearby, which began accepting Capesize bauxite ore vessels two years ago.

“Abu Dhabi Ports is proud to have achieved this momentous milestone ahead of schedule,” explained the head of Ports Cluster, Abu Dhabi Ports Saif Al Mazrouei.

“The commencement of operations at the South Quay provides clear evidence that Abu Dhabi Ports stands as a leader in developing a truly inspiring and integrated multipurpose port proposition.

“Khalifa Port’s upgrade and expansion not only enables dramatic growth in our bulk and general cargo handling capacity, but further serves to demonstrate Abu Dhabi Ports’ firm commitment in supporting the individual needs of new and existing customers.”