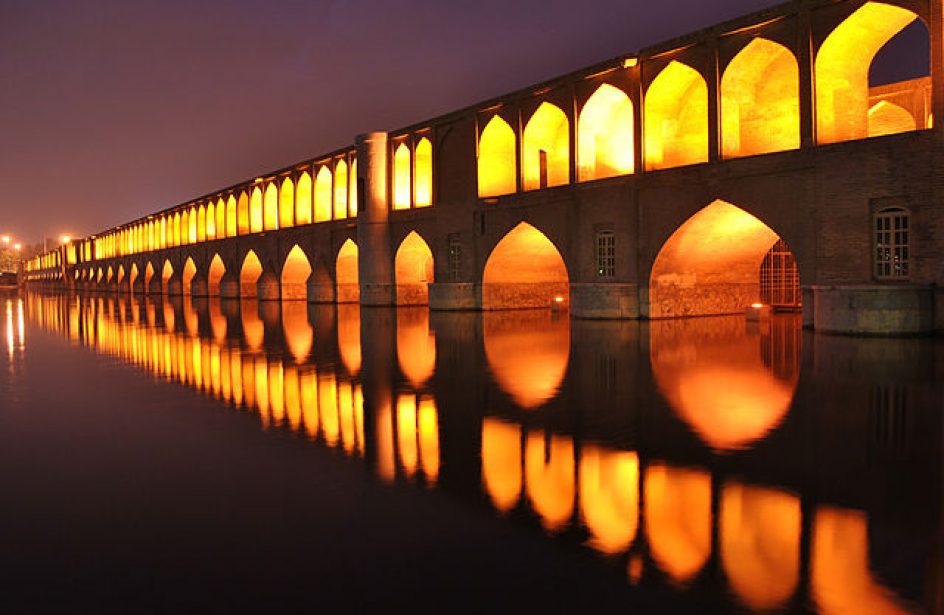 Si-o-se Pol ("33 Bridges" or "the Bridge of 33 Arches"), also called the "Allah-Verdi Khan Bridge", is one of the eleven bridges of Isfahan, Iran. It is highly ranked as being one of the most famous examples of Safavid bridge design. Source: Wikimedia

India’s state-owned firm National Aluminium Co. Ltd (Nalco) is sending a study group comprised of senior executives to Iran next month. The group is tasked with examining the feasibility of building and operating an aluminium smelter and powering it with a gas-fired power plant.

An ease in sanctions on Iran and an increased emphasis on building strategic ties with the Persian nation has prompted India to explore further economic opportunities in the country. Nalco has already signed a Memorandum of Understanding with the Iranian government over plans for the firm to build a 500 thousand metric ton per annum aluminium smelter in country, requiring an investment by Nalco of US$2 billion.

“A group of executives from Nalco will be visiting Iran early next month to discuss the location of the smelter and the gas price,” revealed a senior Indian government official who was speaking to local media on condition of anonymity.

A second unnamed Indian government official divulged that toll-smelting is also on the agenda to be discussed with Iran, exploring the option of fueling existing aluminium smelters with surplus alumina from Nalco.

“Currently, market situation is not that good. Hence, we are also keeping the option of toll-smelting wide open and it will be discussed with Iran. It will also be assessed whether production of aluminium in the country will be cost-effective or not,” explained the second official. He went on to say that Nalco plans to discuss prices of the gas required to fire the planned power plant.

Industry experts praised the idea of Nalco expanding into Iran.

“It makes sense to make alumina where cheap source of power is available. Also, metal prices need to be kept in mind as bounce-back in the prices during the first half of the current financial year is primarily led by liquidity,” said associate director at India Ratings and Research Pvt. Ltd. Mahavir Jain.