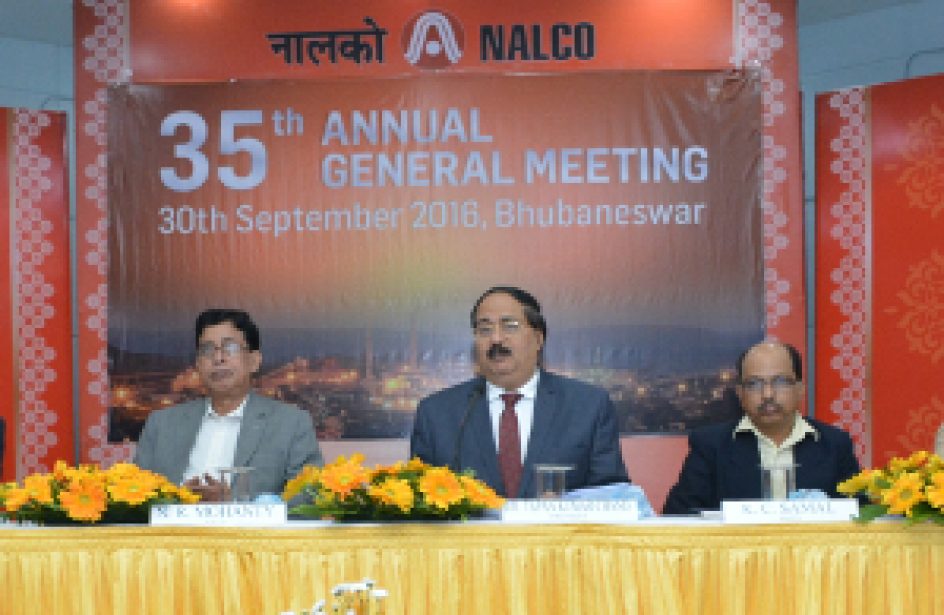 India’s state-owned aluminium firm National Aluminium Company (NALCO) declared a forty percent dividend at the firm’s 35th annual General Meeting in Bhubaneswar. This represent the biggest dividend declared by the firm since its capital restructuring in the spring of 2011.

Managing director Dr. Tapan Kumar Chand congratulated the stakeholders on allocation of Odisha’s Pottangi Bauxite Mines, which he identified as a significant decision upon which the firm’s smooth operations and plans for the future depend. Nalco was earlier allotted Utkal D & E Coal Blocks in Angul, not far from its Smelter and Power Complex.

“These resources would definitely usher in a secured future of the company for more than four decades,” he said. “Moreover, we now received the happy tiding that bridge linkage has been provided from Coal India, for supply of coal to two units of NALCO’s Captive Power Plant.”

“Despite severe sluggish market conditions, NALCO achieved a Profit After Tax of Rs.731 crore during the year,” he added.