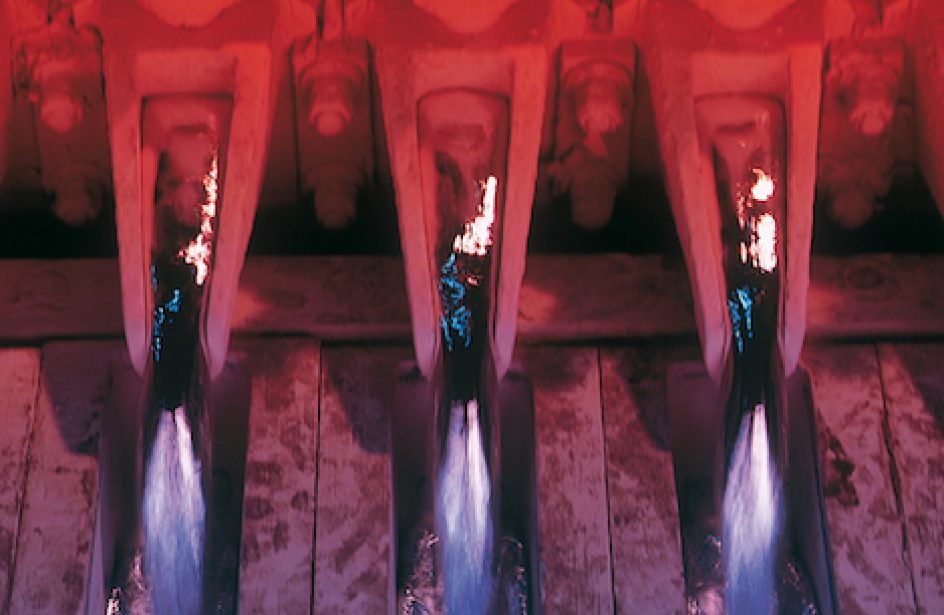 The primary aluminium sector in the USA has been decimated over the past 10 years, with a succession of smelter closures and heavy job losses. Looking for the root causes, accusing fingers have pointed towards China and its unfair industry trading position supported by its national government’s policies. The debate continues – spearheaded by the North American Aluminum Association*, together with sympathetic politicians and lobbyists – centred on the great importance of the aluminium industry to the national economy. To put the debate in context, a study** recently released study highlights the issues, and the industry’s relative sector performances.

While certain segments of the USA’s domestic upstream aluminium industry have struggled in recent years – and major job losses recorded particularly in the primary smelting – this has been offset partially by gains in downstream sectors such as flat-rolled and extruded products and foundries.

In this respect, latest industry estimates quoted by the AA are encouraging – North American aluminium producers shipped nearly 26 billion pounds of aluminium in 2015, the most since 2007. Demand growth for the metal has continued including a near doubling of aluminium shipments to the transportation sector since 2009. And since 2013, member companies have announced a range of domestic plant expansions downstream through investing some $2.6 billion to meet anticipated demand growth for aluminium in the automotive sector to support improved and more fuel-efficient vehicles.

In total, direct jobs supported by the U.S. aluminium industry showed a modest increase from the previous report findings in 2013 – from roughly 157,000 to nearly 161,000 jobs.

These latest figures “ … show the continued resilience of the domestic aluminium industry and its importance to the U.S. economy,” said Garney Scott, President & CEO of Scepter USA and Chairman of the Aluminum Association. “But clearly, some segments of the U.S. aluminium industry are navigating through extremely challenging times right now and we’re committed to addressing these challenges.”

This view, of both ends of the industry, is reinforced by AA President & CEO, Heidi Brock: “While we’re pleased to see the net growth in our industry’s jobs footprint, it’s important not to lose sight of the significant job losses we’ve seen in certain segments, largely as a consequence of overproduction of aluminium in China,” she stresses. “In less than three years, nearly 60 % of our industry’s domestic alumina refining and primary aluminium smelting jobs have disappeared.”

Undeniably, the primary sector of the US industry is contracting rapidly and it has become politically expedient to point towards China as the prime cause. Trade Associations, politicians, lobbyists and unionists recently gathered in Washington, DC, to berate the Chinese with some wild statements attributed possibly to election-year sparring. Typical arguments revolve around a perceived tremendous overcapacity in China, driven by national government policies creating an “uneven playing field”. “Even with the economic slowdown, China’s central government simply cannot shake its addiction to propping up its manufacturers by making more and more aluminium,” Democratic Senator Ron Wyden of Oregon offered in a statement a few weeks back, echoing many similar comments.

Similarly, the United Steelworkers Union meanwhile, filed a petition under US trade law urging the government to impose import tariffs to support the U.S. steel sector, which was later dropped. And a few weeks earlier, the U.S. International Trade Commission said it is to investigate foreign government policies that promote overproduction. The ITC will hold a hearing on September 29 and will deliver its report the House Ways and Means Committee by June 24, 2017.

The goal of these measures is to rescue the ailing US smelting industry: Currently, there are only five primary aluminium plants operating, of which two are running at no more than 50 % of capacity. This is down from eight in 2015, 14 smelters in 2011, and 23 in 2000. In total, the US is expected to produce well below one million tonnes of the metal this year.

But, an anti-China stance overlooks other strong contributing economic and market factors – notably, trading reality, a robust US dollar, high power costs, and the rise of other major lower-cost producers, such as in the Middle East.

First, the US has not been flooded with cheap Chinese semi-fabricated imports, at least not to the extent of current dramatic media reports. In 2015, the country imported 391 kt of aluminium plate, sheet, bar and other products from China, up from 286 kt the prior year, according to US Geological Survey data. Although this is a 37 % increase, it represents only slightly more than 100kt in increased supply – a small proportion given that the US consumes overall some 5.5 million t/yr of aluminium. And while high levels of production in China might well hold down global metal prices, this is arguably not the main reason why US smelters are struggling to compete.

A key contributing factor is the currently strong U.S. dollar. In January, the Canadian dollar fell below 70 cents against the buck for the first time since 2003. Over a five-year period, the Canadian counterpart fell 33 % and although it has since bounced back to 79 cents, this is still quite a weak exchange in historical terms.

According to basic economics, a strong US dollar benefits companies that import their raw materials from countries with weak currencies and then sell their finished goods on the domestic market. So, following present dynamics of international currency and simple arithmetic, a U.S. extruder should buy primary billet from a Canadian or Russian producer and then sell its finished architectural profiles to a U.S.-based builder.

And this shift in trade patterns is supported by the real figures. Canadian primary aluminium production has increased in each of the past 10 months. Output there in March was at an annual rate of 3.2 million tonnes, up 13.9 % year-on-year.

The other key but understated factor is the emergence of the Middle East as a major player in primary aluminium due to cheap power supply and its geographical location that hugely facilitates shipping metal to Asia, Europe – and the US.

The Middle East in 2010 produced about 2.74 million tonnes of primary aluminium, according to the USGS. Just four years later the region’s output spiralled to 4.419 million tonnes, a massive 61 % lift. Most arguably this, even more than the strength of the US dollar, is the biggest threat to the US smelting industry. When the Middle East started ramping up output at the start of this decade, there were 14 US smelters still running.

But, the reality of this situation is not tabled in the rumbling debate – because it’s American and international major industry players such as Alcoa, Rio Tinto and Norsk Hydro that are shifting their production further east.

For example, the Ma’aden Aluminium smelter is a joint venture between the Saudi Arabian Mining Company and Alcoa. The $10.8-billion project will be the largest and most efficient integrated aluminium complex in the world with capacity of 740 kt/yr t of aluminium. Alcoa CEO Klaus Kleinfeld has referred to the Saudi venture as a vital part of the company’s strategy to create a “globally competitive commodity business that is continually reducing costs.”

But the downside of this plan is that some of Alcoa’s high-cost smelters in the U.S. have to close. The company in recent months permanently shut its 269 kt/yr capacity Warrick Operations smelter in Evansville, Indiana. Other primary plants are threatened or under scrutiny – like the company’s Massena West facility in New York and Intalco Works in Washington.

In terms of critical power costs, struggling U.S. smelters, with just a few exceptions, have not been able, with a few exceptions, to secure economically viable electricity supply contracts with regional authorities, and this has further impeded competition with foreign counterparts in the primary sector forcing plant closures.

So, US political and trade tariff sniping at China alone is not about to save the domestic smelting industry. That lost business has already headed to Canada, Russia and the Gulf Region.

* The Aluminum Association, based in Washington, D.C. represents U.S. and foreign-based companies and their suppliers throughout the value chain, from primary production, through value-added products, to recycling. The AA is the industry’s leading voice, providing global standards, business intelligence, sustainability research and industry expertise to member companies, policymakers and the general public.

** The 2016 Economic Impact of the Aluminum Industry study was completed by New York-based economic research firm John Dunham & Associates, and is based on data provided by Dun & Bradstreet, Inc., the U.S. federal government and the Aluminum Association. For the purposes of the report, the aluminium industry is defined to include alumina refining; primary aluminium smelting; secondary aluminium production; manufacturing of aluminium sheet, plate, foil, extrusions, forgings, coatings, and powder; aluminium foundries; metals service centres, and wholesalers. The study measures the number of jobs in this industry, the wages paid to employees, total economic output and federal and state business taxes generated. 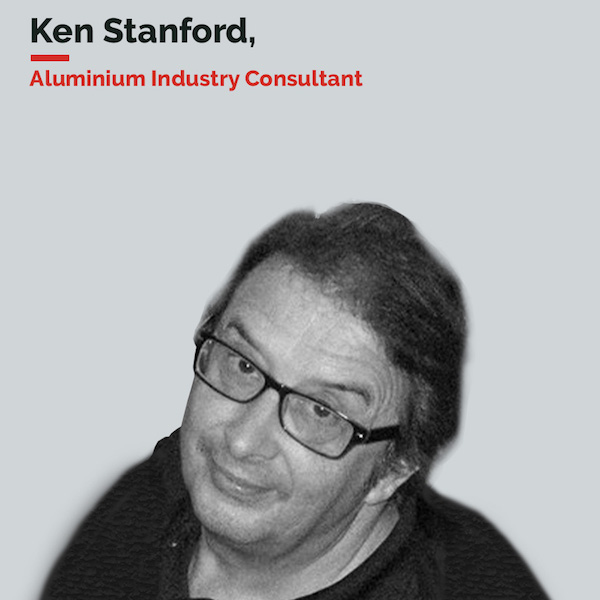