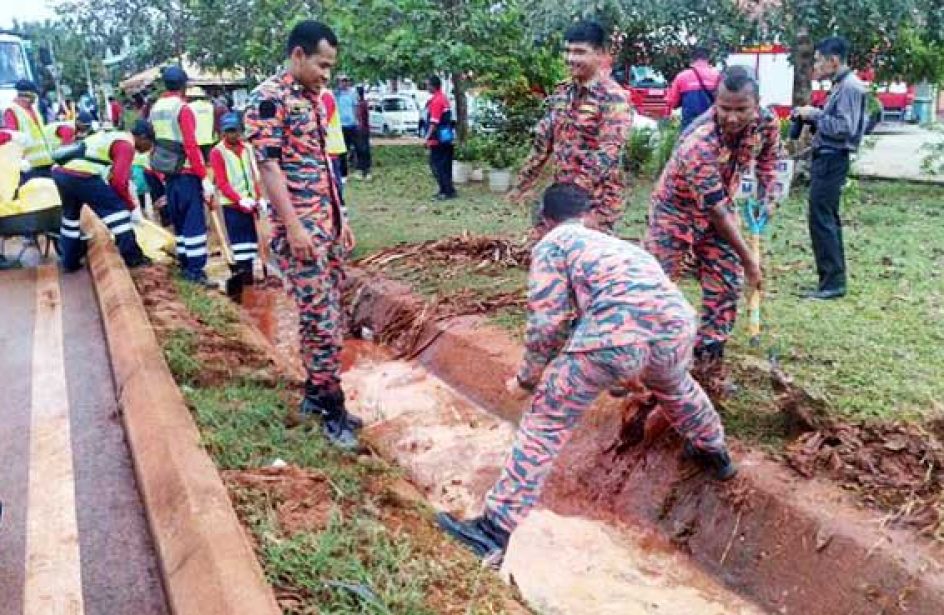 The Kuantan government decided last week that the cost of constructing a dedicated road for transporting bauxite from Bukit Goh to the Port of Kuantan will be paid by the mining operators.

Pahang’s Menteri Besar Datuk Seri Adnan Yaakob indicated that, based upon his consultation with the state’s Land and Mining Office, the road is still anticipated to be built as planned.

“The cost will be borne among the bauxite mining operators, not the state government,” Adnan explained to reporters on Saturday. “What can we do, royalty was not paid. Now, we impose a new regulation, to enter the port, they have to pay royalty.”

Adnan also said that Kuantan’s government would issue standard operating procedures (SOP) for the industry and its transportation of bauxite ore after the current moratorium has expired. The procedures include requirements that the trucks be clean, that speed limits are observed by transport drivers, that trucks not be loaded beyond capacity, and that the trucks and their operation are not to pose a public safety risk.

The dedicated road is part of a larger plan to clamp down on the bauxite industry and establish regulations for environmentally responsible harvesting of the mineral. The plan was announced initially in February by Natural Resources and Environment Minister Datuk Seri Dr. Wan Junaidi Tuanku Jaafar.

Wan Junaidi said previously that the planned route, which will be over three miles long, has also been approved by the state’s government and its Works Department.