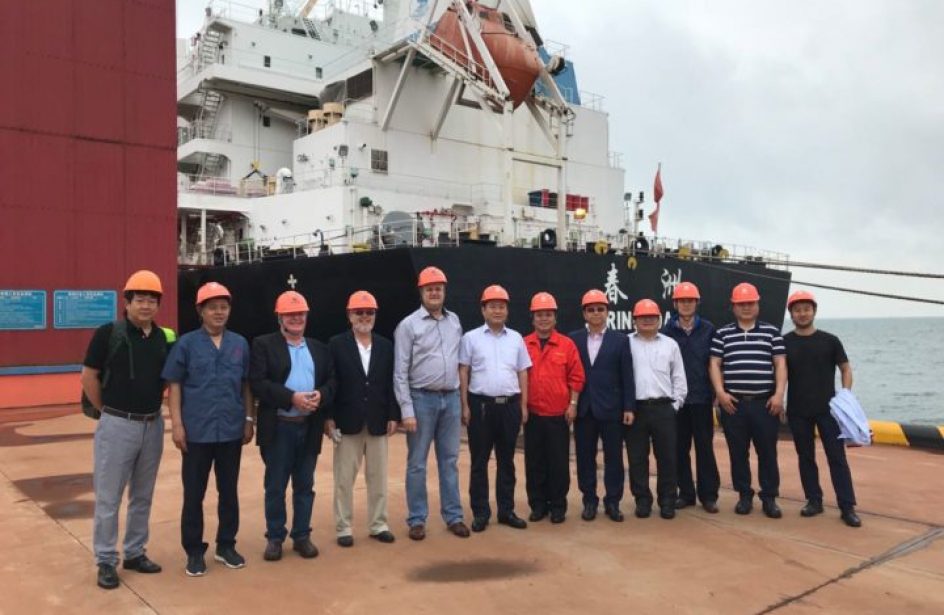 Australia’s Metro Mining Ltd. announced yesterday the safe arrival and provisional payment for its debut shipments from operations at Bauxite Hills Mine.

Per the firm, two shipments totaling 123 thousand metric tons of bauxite ore arrived safely at the dock in Qingdao, China on May 20. Representatives from Shandong Xinfa Aluminium Group were on hand to receive the bauxite ore they purchased, including chairman Zhang Gang.

Though pricing terms remain confidential, Metro assured the market that it is tied to a “well-established” index for alumina pricing.

Far from resting on its laurels, Metro says that ramp-up activities after a long wet season and a cyclone are in full swing. In addition, the firm says it continues loading and shipping ore from Bauxite Hills, with two additional shipments en route and a fourth shipment that is being loaded at port.

Simon Finnis, Metro Mining’s managing director and CEO, greeted the news as the arrival of a new phase for the firm.

“I am very happy to see Xinfa receive our first shipment and would like to acknowledge the Xinfa Group for their sustained and dedicated commitment to bringing Bauxite Hills into production. We have had a long and positive relationship, and it is very pleasing that we have been able to fulfil our promise to them. We look forward to continuing the long and now mutually beneficial relationship between our two companies.

“Receiving first sales revenue is another exciting milestone for Metro and heralds in a new era for us. I’m pleased with our ramp-up and the improvement in mining and loading rates from pit to ship as the commissioning issues are steadily resolved.”