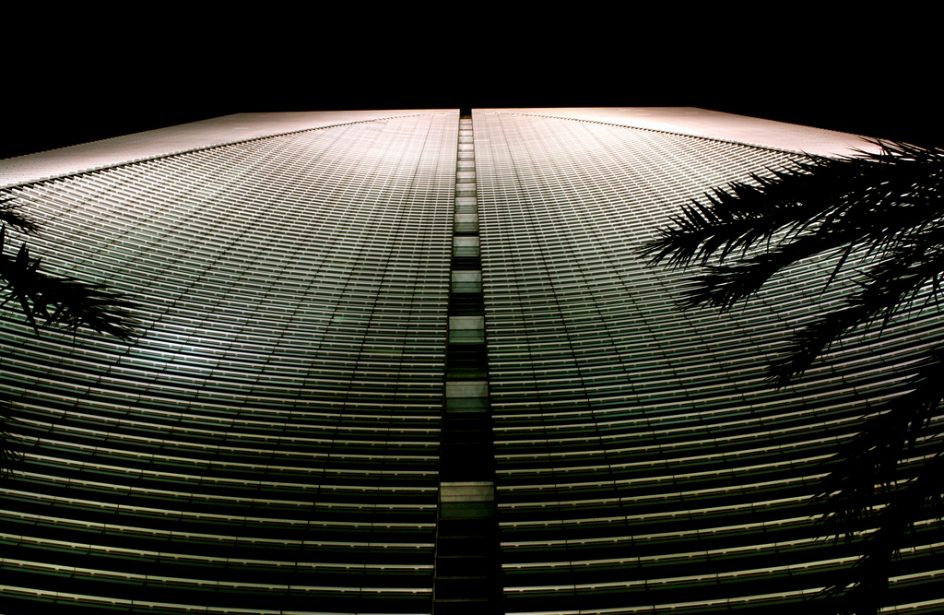 The Conrad Miami Hotel where the conference took place (lightninglandon)

Metal Bulletin held its 23rd Bauxite and Alumina Conference in Miami last week. The gathering brought together major industry participants in a collegial environment to discuss tactics and strategies related to production and consumption of bauxite and alumina. Representatives from over 160 public and private organizations on six continents attended the three-day meeting. More than two dozen speakers addressed attendees, including senior executives from mining, refining, and transportation firms, industry consultants, government officials, journalists, and senior officials from industry groups.

Among the hot topics at the conference was the state of the People’s Republic of China’s bauxite and alumina industry. The International Aluminium Institute’s Secretary General Ron Knapp noted parallels in market expectations for China’s bauxite and alumina industry between the years of 2016 and 2017. Noting that the country’s aluminium output was stable last year, he pointed out that the trend by Chinese producers is to control their supply chain. The market may yet be in balance, but he predicts China’s aluminium output this year to total 34 to 36 million metric tons in the face of approximately four percent consumption growth. He went on to note that China’s alumina production increasing from 59 million metric tons in 2015 to 61 million metric tons last year, while production of alumina fell in the Western Hemisphere. He went on to indicate that, while several bauxite-supplying countries are stable to slightly tailing off, Guinea is expected to double exports to China in the current year.

MetalBulletin Research’s Yang Cao noted that global aluminium demand was primarily driven by demand from China, which was propelled upward by significant growth in GDP. While ex-China demand grew by rather tepid rates of between 2.5% and 3.2% over the past several years, demand in China grew over 12% between 2010 and 2015, tailing off to a “mere” 7.1% last year and a projected 5% this year. There’s not much end in sight, either – as United States’ consumption has been basically level for two decades, China’s consumption has rocketed skyward over that time, rising from next to zero in 1986 to over 20 kilograms per capita last year.

Norsk Hydro Brazil’s executive vice president Silvio Porto said the main limiting factor to China’s primary production was the importation of bauxite and alumina. Between the years 2013 and 2016, seven percent of China’s alumina and 29% of the country’s bauxite was imported. As China’s domestic bauxite production levels off (as it has done over the past three years and is projected to do for the next four years), imported bauxite will increase the country’s exposure to the vagaries of supplier nations and rising freight costs.

Alcoa’s Commercial Vice President Otavio Carvalheira delivered a presentation detailing the global seaborne bauxite market. According to Alcoa’s projections, bauxite crossing the high seas will increase substantially between 2015 and 2026, from sixty million bone-dry metric tons to almost 150 million bone-dry metric tons. While bauxite heading to ex-China destinations will make modest gains, the lion’s share of imported bauxite is and will continue to be heading to the ports of the Middle Kingdom.

Wood Mackenzie Senior Analyst Ami Shivkar described the impact upon the global alumina market by China’s environmental policies. Pointing out the fact that the output of China’s smelters drove the recent alumina price rally, Shivkar went on to say that up to 90% of the country’s refining capacity in the industry-heavy province of Shandong fell under the 2+26 target cities. For the country as a whole, 30 million metric tons of refining capacity and 12 million metric tons of smelting capacity falls under the 2+26 target cities, which means the Chinese alumina market would find itself in a state of deficit if cuts were fully implemented. The restocking necessitated by such cuts could push prices up, but the market could be entirely too optimistic that such cuts may be in the offing.

According to a presentation given by CM Group’s Managing Director Alan Clark, a technological breakthrough that could improve the currently high silica-to-alumina ratio in China’s low-quality bauxite reserves may make imports of the ore into the Middle Kingdom a thing of the past. “[A breakthrough] would change the face of the industry profoundly,” Clark explained. He went on to say that the idea of such a breakthrough that would make processing of China’s bauxite was not far fetched at all.

Clark drew an analogy to the country’s nickel industry. The country developed a cost-effective method for processing its laterite deposits when obtaining nickel supplies from abroad became no longer affordable. “When the phenomenon of nickel pig iron emerged, it was dismissed by others as too expensive, but it’s now embedded in the supply chain for the stainless steel industry,” he said. “If [a breakthrough] happened I can tell you China would not be importing one tonne of bauxite for the next 25 years,” Clark concluded.

Although much of the conference was dedicated on developments occurring in and around China, speakers addressed other topics as well. South32’s Head of Marketing Peter Finnimore described the evolution of alumina pricing. Pointing out that the alumina pricing scheme is still evolving, he notes that alumina is traded on its own fundamentals at present and says that the mineral’s market has the features necessary to create a robust index. He concludes by identifying how South32 interacts with price reporting agencies in an effort at insuring that the reporting is unbiased and compliant with relevant regulations.

Guinea, the up-and-coming bauxite exporter, was represented at the conference by Alkhaly Yamoussa Bangoura, a senior adviser to Guinea’s Ministry of Mines & Geology. After a brief history of bauxite mining in the country, Bangoura went on to detail strategies pursued by his government in recent years to increase production and exports of the ore. Among those strategies are infrastructure-sharing plans, the implementation of a unified regulatory framework, and agreements between international mining companies and the country’s rail transport system. He also detailed several new projects in the works, including an extension project at Compagnies des Bauxites de Guinée to increase bauxite exports to a rate of 28.5 million metric tons per annum in 2023, Guinea Alumina Corporation’s project to begin mining 12 million metric tons per annum beginning next year, and a project by Rusal (Compagnie des bauxites de Dian-Dian) to reach its bauxite mining output of 6 million metric tons per annum. Bangoura concluded his presentation by asking if the next iteration of the conference might be held in Conakry. Watch this space to learn the answer to his inquiry.