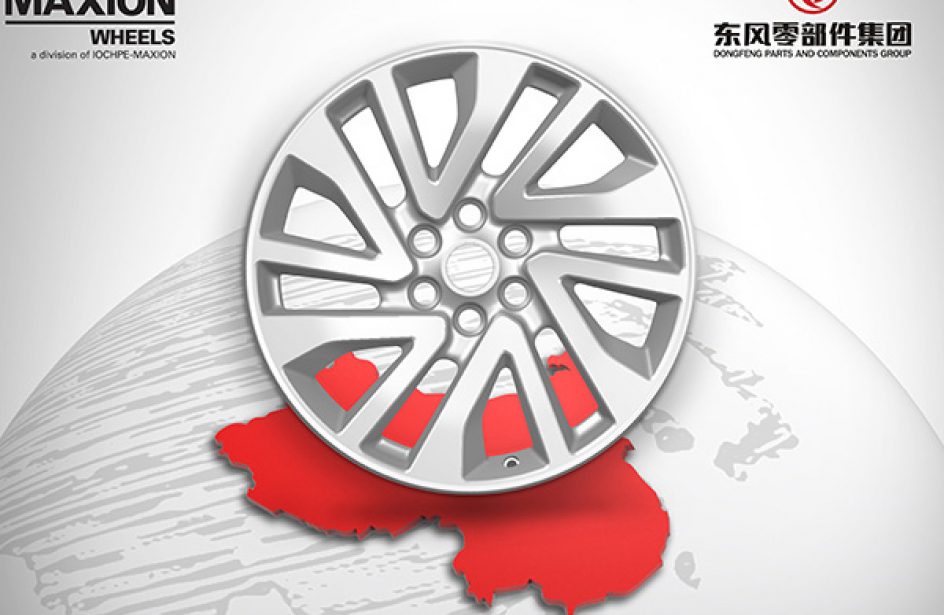 The 237,000 ft2 plant will be operated by the joint venture Dongfeng Maxion Wheels Co., Ltd. and will specialize in low-pressure die cast aluminium wheels, including those featuring high-end finishes. The facility is scheduled to open in the second half of 2020 with a planned nameplate capacity of 2 million units per annum.

Pieter Klinkers, Chief Executive Officer, Maxion Wheels, said the plant will be in a prime position to make the most of growing opportunities in the Chinese automotive sector.

“With our new partner, Dongfeng Motor Parts and Components, this plant will serve future demand from global and Chinese vehicle manufacturers for locally-produced aluminum car wheels. Through our partnership with one of China’s largest automotive parts companies, we can quickly bring global aluminum wheel making expertise to the biggest vehicle market in the world.”

“We estimate start of production to be by the end of 2020, with plans to produce two million die cast, bright-machined wheels a year,” explained Maxion Wheels’ Vice President and Chief Representative Officer in China Kai Kronenberg.