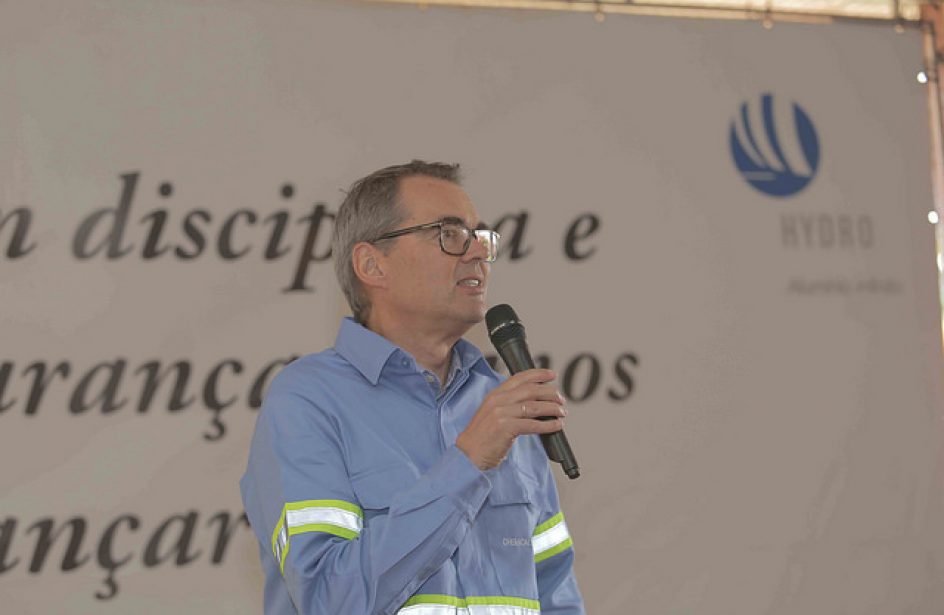 Though Norsk Hydro A.S.A. returned higher overall numbers for the first quarter, the mandated capacity cut at Alumina do Norte do Brasil S.A. (Alunorte) meant the firm will likely miss its cost-cutting target for the year.

On the production front, Hydro brought 2.326 million metric tons of bauxite to the surface in the previous quarter, down by 3 percent from the year prior. The firm refined 1.277 million metric tons of alumina in Q1, a 16-percent drop year-on-year, while primary aluminium production totaled 514 thousand metric tons, essentially level as compared to last year’s first-quarter production. Hydro pointed out that state-mandated capacity shut-downs at Alunorte dented the company’s production in all three areas, noting that the mandatory 50-percent draw-down in production at the refinery necessitated a similar curtailment at its Albras Alumínio Brasileiro S.A. (Albras) smelting operations.

“We maintain the view of a global primary demand outlook of 4-5%, expecting the market moving towards a deficit for primary aluminium in 2018,” said Svein Richard Brandtzæg, Hydro’s President and CEO.

He continued by pointing out that the United States government’s sanctions upon Rusal earlier this month jolted the global trade.

“The US sanctions on Rusal have caused great uncertainty in the world’s aluminium markets and will impact trade flows and availability of metal and raw materials throughout the aluminium value chain. The Brazilian authorities’ embargo on Alunorte adds to the uncertainty in the aluminum industry and has led to 50 percent curtailment of Albras primary plant and 50 percent production at the Paragominas bauxite mine.”

Brandtzæg followed up on the subject with Reuters yesterday, noting that Hydro’s customers are concerned about a steady flow of product, but have been slightly mollified by the United States government’s 4-1/2-month reprieve for Rusal’s customers to comply with sanctions.