Global warming remains one of the leading critical global issues – emphasised in the last Paris accord and this month’s COP23 summit in Bonn. The carbon equivalent (CE), as a measure of how much CO2 is produced by any activity, is now accepted as a crucial major index of environmental performance, not least for the aluminium industry and its customer sectors – from initial metal production, through processing and manufacture of end products, and recycling.

As a result, there is a rising demand from downstream players of aluminium for “green metal”, buoyed by customers’ own need to reduce carbon footprints across the board. Producers of environmentally-friendly aluminium, made using renewable energy rather than fossil fuels, are starting to be in a position to charge premium prices for what are lower carbon metals whilst boosting their own green credentials. The term low carbon can encompass both recycled and primary aluminium that has a CO2 footprint way below the current industry average index standing at around 11.5 tons CO2 per ton of aluminium produced.

Major users of aluminium, auto makers, electronics manufacturers, packaging companies and the construction sector are driving the demand for cleaner and greener metal, according to various latest reports from aluminium producers, parts makers and end use product customers. The trend appears to be strongest in Europe and the U.S. where consumer awareness, environmental awareness and regulation are more mature. However, with current global procurement policies of multinational companies and tightening legislation in major aluminium-producing countries, such as China, the trend will rapidly spread worldwide.

The burgeoning demand is due to pressures to produce lower-carbon products at the same time that policy makers, investors are changing consumer preferences. This is unfolding against a backdrop of growing scrutiny as well as  the need to address perceived elements of business competitiveness and profitability – therefore, not just elements of sustainability are on the table. Aluminium producers, looking to gain a competitive edge in world markets, have worked continuously to develop a range of processes and technologies that can help to increase energy efficiency and lower-carbon emissions.

The compound annual growth rate (CAGR) for aluminium is expected to rise by around 4% a year over the next five years. In the motor industry, the annual growth forecast is 10-20 % – companies are switching to aluminium from cheaper but heavier steel for lightweighting vehicles, achieve lower consumption rates and meet more stringent emissions regulations. Many manufacturers are already using aluminium in engine blocks. The metal is also being deployed in bodies and chassis of more upmarket models, and this trend is expected to spread across markets as the environmental net tightens. 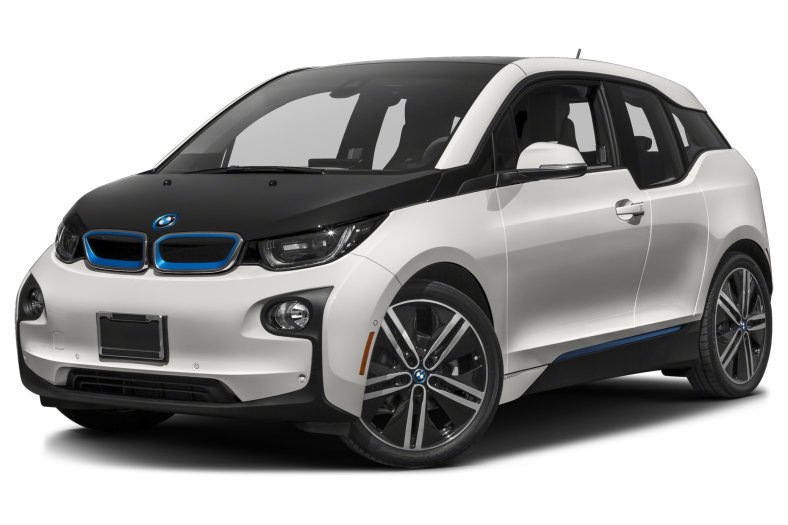 With around 59 million tonnes of new aluminium produced annually, BMW says it currently uses around 600,000 tonnes each year. The company has already taken the low carbon route, and currently uses recycled and primary aluminium, both produced using renewable energy, for its all-electric i3 model. BMW claims that the greenhouse gas burden of the i3, taking a life cycle approach, is between 30% and 50% lower than a conventional vehicle, providing that electricity from renewable sources is used also when driving.

Along with leading car makers, Apple, Bosch and food packagers Tetra Pak and Nespresso also report they are moving to reduce the carbon-footprint of the aluminium used in their products. Tetra Pak says it uses 150,000 tonnes each year for its drinks and food containers. Apple, which says it aims to use only HEP-produced aluminium, used more than 4,000 tonnes of mostly new metal in its aluminium-clad iPhones in the first half of this year alone, according to calculations based on product specifications and sales figures. The company’s laptops and tablets are also major users of aluminium alloys.

But these companies are reluctant to reveal whether they were willing to pay a premium price for greener metal that the markets and customer preferences increasingly point towards.

Paradoxically, while the future direction is towards a lower-carbon world, some segments of the aluminium industry overall appear to be heading in the other direction. In 2005, according to the International aluminium Institute (IAI), the levels of hydroelectric and coal power used to make aluminium were roughly the same at around 200,000 GWhr each. Ten years on, the hydro figure – and indeed other renewable sources – had barely changed, whereas coal use had rocketed to around 450,000 GWhr. This has been due largely to the exponential output expansion in China, which now accounts for around 55% of global aluminium output from its smelters that rely on coal for 90 % of their energy demand.

With gas consumption also rising due to new and expanded primary capabilities, notably such as in plants in the United Arab Emirates, Bahrain, Qatar and Saudi Arabia, HEP’s slice of the energy mix for world aluminium production slipped to 30 % in 2015, according to IAI data. This compared with 59 % for coal and 9% for gas, with nuclear power making up the 2% balance.

At the same time, however, some aluminium players are planning to tap into the growing green aluminium market by offering metal with guaranteed low-carbon equivalent indices. Smelting primary aluminium from bauxite ore requires massive amounts of electricity, so the relative CO2 index of the specific energy source used is the biggest factor in a plants’ comparative overall GHG emissions rather than the smelting process itself. Making one tonne of aluminium in plants using power generated by burning coal, the main source for those in China and Australia, releases up to 18 tonnes of CO2 equivalent.

For gas-powered plants, such as those in the Middle East, the figure is between five and eight tonnes, but for those running on hydro-power (HEP) the index is lower still, at around just 2 tonnes. Recycling aluminium generates even lower comparative total emissions – although, however, new primary metal will be required for years to come to make up the balance and meet growing projected global demands.

Of all the renewable sources of energy, depending on individual country resources and particular plants, HEP is by far the biggest contributor of energy overall for the aluminium industry, up to 50% of the world total.

Operators of smelters powered by hydro-electricity such as in Norway’s Norsk Hydro, Russia’s Rusal, U.S.-based Alcoa are justifiably promoting their environmental credentials – and gaining a market advantage over producers in China and the Gulf. This trend was reflected by the conclusions of the last Paris Climate Accord, when nearly 200 countries agreed to set targets for limiting CO2 emissions and curb global warming.

While still at an early stage, increasing demand from customers for low-carbon metal guarantees is likely to encourage more producers to invest and curtail their use of coal and other fossil fuels or be sidelined by many of the world’s largest buyers and markets as the move for low-carbon products gathers pace.

By early next year, a group of producers and consumers under the Aluminium Stewardship Initiative (ASI) banner, will launch a voluntary certification scheme for metal producers based on an emissions threshold of 8 tonnes of CO2 equivalent per tonne of new metal.

With 55 members, the ASI is a non-governmental industry organisation that promises to verify sustainable aluminium production in the same way as sustainably harvested lumber or organic foods. ASI works to ensure that the production and use of environmentally friendly aluminium as part of a global climate solution is backed up by full transparency and traceability across its entire lifespan and value chain.

Smelters operating above this level will be eligible for ASI membership if they can demonstrate that they pledge to reduce emissions over time, but almost certainly the lower threshold is unachievable for coal-fired plants. To date, there has been no reaction from major Chinese aluminium maker Chalco. Likewise, Hongqiao, the country’s largest producer, has only claimed that it would “continue to invest and advance technological innovation and environmental protection”.

Other companies that operate both fossil fuel- and hydro-powered plants in parallel seek to exploit further commercial opportunities by expanding the renewables energy regime.

Rio Tinto is already marketing its branded RenewAl grade of aluminium with a guaranteed 4t or less of CO2 equivalent. Alcoa last year launched a product line it calls Sustana – using energy generated from HEP sources – that includes Ecolum aluminium with an index claimed of below 2.5 tonnes – far lower than the current industry average of around 11.5 tonnes.

Both companies claim customers are willing to pay a premium for the green metal with the guarantee that it comes from a hydropower smelter, and are convinced of the commercial viability although not yet releasing exact figures of sales or prices.

Rusal enjoys productivity benefits in aluminium production through harnessing clean, renewable energy from Siberia’s fast flowing rivers and claims that customers preferred metal from hydro-powered smelters. The company has just launched a low-carbon grade it calls Allow and says cans, foil and other packaging made with this are guaranteed to have a footprint index lower than 4t CO2/t of aluminium, four to five times less than using coal-fired electricity, and less than 50% that of plants that rely on gas resources. The company says it aims to use non-carbon power exclusively by 2020, up from the current 95 %.

Norsk Hydro has not yet announced any specific low-carbon brands, but says however that its use of HEP is a key element of its total provision to customers and so is part of the overall premium derived.

What should we expect in the future? Extrapolating from the current situation and trends and developments in the aluminium industry, producers and processors will face increasingly stringent emissions regulations and pressures to drive down the CE of their products. Market evolutions, changes in end user preference, and the potential benefits of raising efficiency, competitiveness and productivity will spur more and more aluminium producers to modify/rethink/reorganise their energy mix and force down the carbon index of their operations and products on offer. If one thing’s for sure is that the environment will be one very worthy winner. 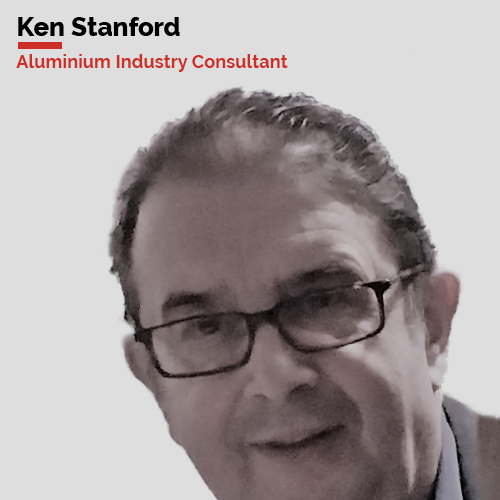