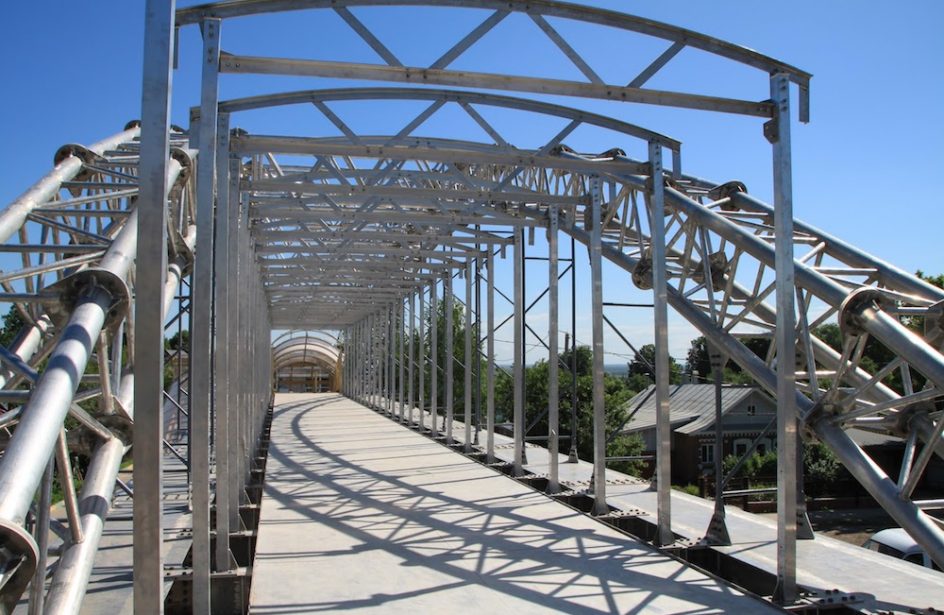 UC Rusal and the Russian Aluminium Association announced yesterday the completion of the country’s second footbridge constructed with aluminium alloys.

The bridge, which is located in eastern Russia’s Nizhny Novgorod Oblast, was constructed alongside a similar bridge that was completed last month. Both bridges are 125 feet long and 21 feet wide, and each bridge weighs in at a mere 22 metric tons, which is less than one-third the weight of a similarly-sized steel bridge.

The bridges’ load-carrying structures feature a service life of half a century at minimum, and best similar steel bridges’ strength-to-weight ratios, corrosion resistance, and extreme temperature resistance. According to the bridges’ engineers, the structures are equipped to handle temperatures of below -100 °F. For comparison purposes, the coldest temperature ever recorded in Nizhny Novgorod was -42.5 °F.

According to the bridges’ designers, the spans are expected to improve safety in the area. Usage by individuals with mobility challenges is expected in addition to use by students who attend a nearby secondary school.

“The construction of aluminium bridges in Russia has just begun, however, in the next couple of years, such bridges will appear in several cities and towns across the country. For example, two bridges will be assembled in Moscow by the end of August as part of the project for the Yauza nature park redevelopment and in 2018, two bridges will be built in Krasnoyarsk on the threshold of the Universiade-2019 sporting event,” explained Roman Andryushin, Rusal’s Head of Sales for Russia and CIS.

MPF Bridge Construction served as the project’s general construction company with assistance from GS-Reserve, and Rusal, Aluminium Metallurg Rus, and Arconic SMZ supplied the aluminium alloy and other metals used in its construction.