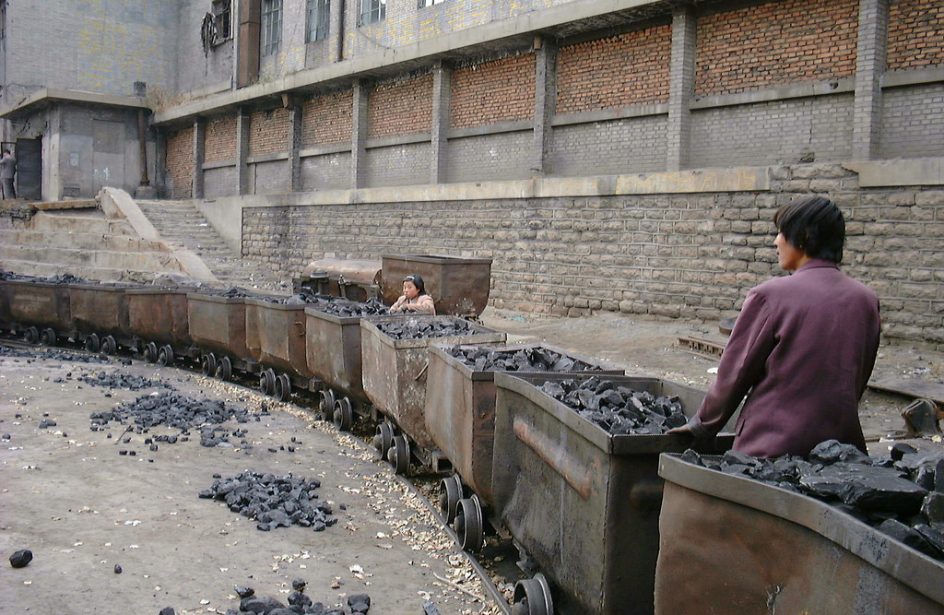 While nearly all of the discussion in recent days in the aluminium world has centered on United States sanctions levied against Rusal and Oleg Deripaska, an issue at least as important to the sector’s present and future is steadily reaching a boil on the other side of the Asian continent. China Hongqiao Group, the world’s largest aluminium producer, announced that it would start a roadshow from April 16th for dollar-denominated bonds for the purpose of “refinancing certain existing indebtedness with the remainder for general corporate purposes.” This is the company’s first such foray since its 2011 bid to raise $2.2 billion for its Hong Kong IPO. But what’s the reason behind this year’s issuance of bonds?

As it turns out, according to local reports, the effort of weaning aluminium smelters off of coal-fired electrical production is about to shift into high gear. Last month a document from China’s general office of the National Development and Reform Commission (NDRC) entitled “Special action plan for resolving issues with construction and operation of captive coal-fired power plants” surfaced on the Internet. The draft, which is evidently being circulated for opinions, mandates the immediate termination of construction of any new captive power plant projects, especially for those now being built in and around Beijing, Tianjin, and Hebei. Further, all plants operating in breach of the law are to be shuttered as well, with all such plants required to pay the full amount of government fees owed to date, and no exceptions will be allowed to be made by local governments. The plan will require all such plants to pay fees accumulated since 2016 by the end of the year, with any fees accrued prior to that to be paid in full by 2021.

Though the burden will be tremendous for most every aluminium producer in the Middle Kingdom, such a plan will likely be extraordinarily devastating for Hongqiao. Just as almost every other Chinese aluminium operation, a huge amount of electricity used in its aluminium operations is derived from captive coal-fired power plants. However, the oft-embattled firm may find itself plunging into an abyss of debt should the draft proposal be passed into law. In a statement issued in late October last year answering a scathing report by Emerson Analytics, Hongqiao advised its investors that the company has paid nary a yuan in fees for their captive power plants to the government.

“Moreover, the 2017 Negative Report alleged that according to the government’s regulations, self-owned power plants are required to pay policy fees. As advised by the PRC legal adviser of the Group, as at the date of this announcement, the Group did not receive any notice requiring the Group to pay any relevant policy fees, including any governmental levies for the sale of electricity, as no relevant policies have been implemented in the area where the power plants of the Group are located.”

Though it claims never to have received official notice that it owed the government fees for its captive power plants, the draft policy statement makes it exceedingly clear that Hongqiao would be bound to pay the price for them.

So just how big a check would Hongqiao be obliged to tender the government? Beijing has established a straightforward formula for finding just how much an aluminium smelter owes the state per year: annual aluminium production in metric tons multiplied by the average power consumption per metric ton in kilowatt-hours multiplied by the payment to funds per kilowatt-hour in Chinese yuan. According to Chinese energy analysts, the average captive power plant pays approximately CNY0.125 per kilowatt-hour. In addition, the standard amount of power consumption per metric ton of smelted aluminium in China’s aluminium industry is generally understood to be 13,500 kilowatt-hours.

The final number of the equation is Hongqiao’s yearly aluminium production, which is a number easily enough located in the firm’s yearly reports. When plugged into the equation above, the firm’s liability to Beijing for its coal-fired power plants approaches US$4 billion from 2016 through the end of this year, plus an additional US$2.8 billion for the years prior.

While the added liability of almost US$7 billion in government fees already poses a gargantuan problem for Hongqiao, the issue pales in comparison to the loss of its competitive advantage gained from the cheap and easy power harvested from captive coal-fired plants. According to estimates, Hongqiao will likely see a rise in production costs of as much as US$270 per metric ton. Such a rise would amount to a 13-percent jump in the cost of bringing its virgin aluminium to market.

The third part of the potentially-devastating trifecta facing Hongqiao lies in the increased policing of illicit capacity contemplated by the plan. The plan, which states unequivocally that the entirety of illegally-operated coal power plants are to be closed and not allowed to access the power grid, is likely to pose a problem for Hongqiao. According to an investigation carried out by the Shandong government, in that province alone Zhang Shiping’s Weiqiao Pioneering constructed 45 plants between 2013 and 2017 without obtaining the proper permits. Roughly totaling 13.5 GW of electrical power, the almost four dozen plants churn out more electricity than Hongqiao requires for aluminium-smelting operations.

The enactment of the policies in question couldn’t come at a worse time for the world’s most prolific producer. In addition to the well-documented struggles the firm has had with reports from short sellers and the attendant fallout, a report recently issued by Goldman Sachs noted that Hongqiao’s aluminium unit cash cost ballooned by 27 percent last year, while the unit EBITDA over that timespan tanked by 25 percent. For its part, Hongqiao justifies the losses as the natural reaction to capacity shutdowns undertaken by Beijing’s late efforts at supply-side reform in the aluminium sector, which is a risk factor Goldman Sachs forecasts as a significant hurdle for the company going forward.

While the plan to clamp down on coal-fired power plants is still just a proposal that may well never see the light of day, it’s well beyond question that acquiring a liability of over US$7 billion overnight would be hard for even the strongest of companies. And, though Hongqiao continues to sit atop the global aluminium production game, adding such a liability to a firm that is already saddled with a net debt of US$7.74 billion as of the end of last year may well be the millstone about the firm’s neck that drags it beneath the waves.