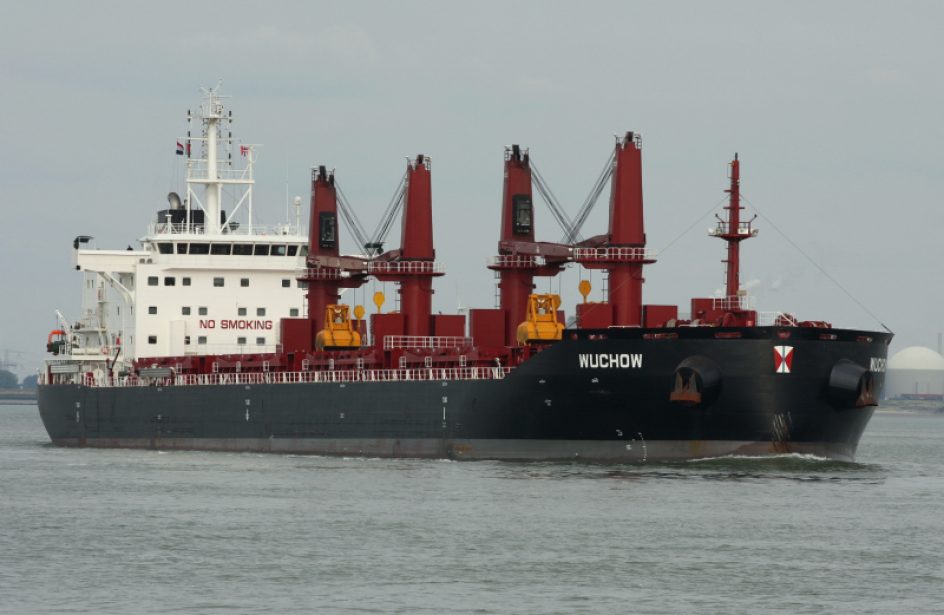 According to domestic media the first load from the facility was loaded upon the Wuchow, a 590’ bulk carrier sailing under the flag of Hong Kong. The vessel left Port Kaiser on Friday with a 35-thousand-metric-ton load of alumina refined at Alpart’s plant in St. Elizabeth. The refinery, which was reopened in June this year, hasn’t exported refined alumina in over eight full years.

The facility was shuttered by its previous owner U.C. Rusal in 2009, a casualty of the global economic downturn and its effect upon the commodities market. Rusal sold the facility to JISCO for US$300 million in 2016, and JISCO moved steadily toward restarting the idled facility since obtaining ownership. The deal was finalized in its entirety earlier this year.

In addition to spinning up operations at the Nain refinery, JISCO has also quickened the bauxite-mining operation at Manchester and port facilities at both Port Kaiser and Alligator Pond in St. Elizabeth. The reopening of the Alpart facilities opened the door to an additional US$1 billion in investments and 800 more jobs at the operation.

At present the refinery, with a nameplate capacity at the moment of 1.6 million metric tons per annum, employs over 900 individuals at either full- or part-time positions, making it among the island’s top employers.

According to previous comments by JISCO execs, future plans for the facility include the construction of an aluminium smelter at the site capable of pumping out 500 thousand metric tons per annum of primary aluminium.