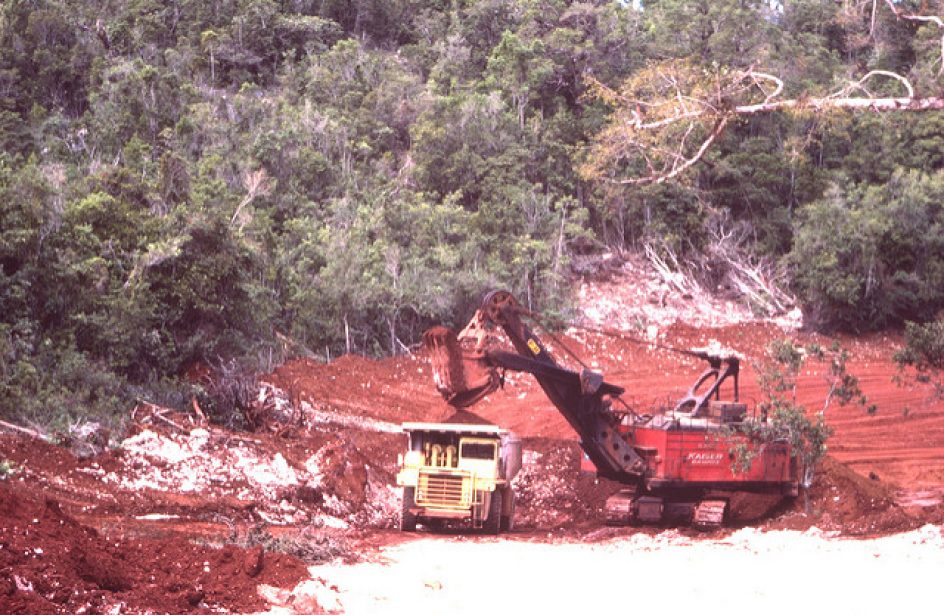 Jiuquan Iron & Steel (Group) Co., Ltd (JISCO) Jamaican subsidiary JISCO Alpart said last week that it plans to ramp up bauxite ore mining on the island to feed the firm’s alumina plant, which is soon to undergo a US$1.1 billion expansion.

According to Jamaican media, JISCO Alpart will soon commence bauxite mining at a 700-acre tract in the Outer Valley. Mining on the tract will require the relocation of a handful of miners, per an environmental report (EIA) prepared for the firm.

Per the environmental report prepared by EnviroPlanners Limited, the Outer Valley possesses “the quantity and quality of bauxite required by JISCO Alpart for a viable plant upgrade and expansion investment.”

“The ore bodies identified in the proposed site are located on lands that are owned by JISCO and are already significantly disturbed.”

Although the mining area does not appear to include any protected areas, Jamaica’s National Environment and Planning Agency (NEPA) must still sign off on the plan. JISCO Alpart holds all the necessary permits to mine the tract at present.

“We have not been idle,” said JISCO Deputy General Manager Sun Jing at a town hall meeting, indicating that the plant’s expansion was slated to begin at about the same time as COVID-19 restrictions came into force in 2020.

Instead, JISCO Alpart utilized the down time to revise its plan, adding more land tracts to its targeted mining area.

“We continue our exploration work to provide additional bauxite resources. We are seeking to secure approximately 15 million dry metric tons of bauxite in the Outer Valley area, which is the subject of this EIA.”

“What we try to do before we come into an area, one, we give them notice to let them know well in advance that we are coming, we ask them to limit any sort of long-term crops and to only plant short-term crops within the period when we expect to come in.”

“The other thing we do is, we try to relocate those farmers into other areas where close by but in other areas that is not going to be mined initially, so that they can continue their farming activities while we mine and then we reclaim and we put them back on the land,” he continued.

JISCO Alpart estimates that mining of bauxite on the tract will generate around one thousand jobs for the five-year project.