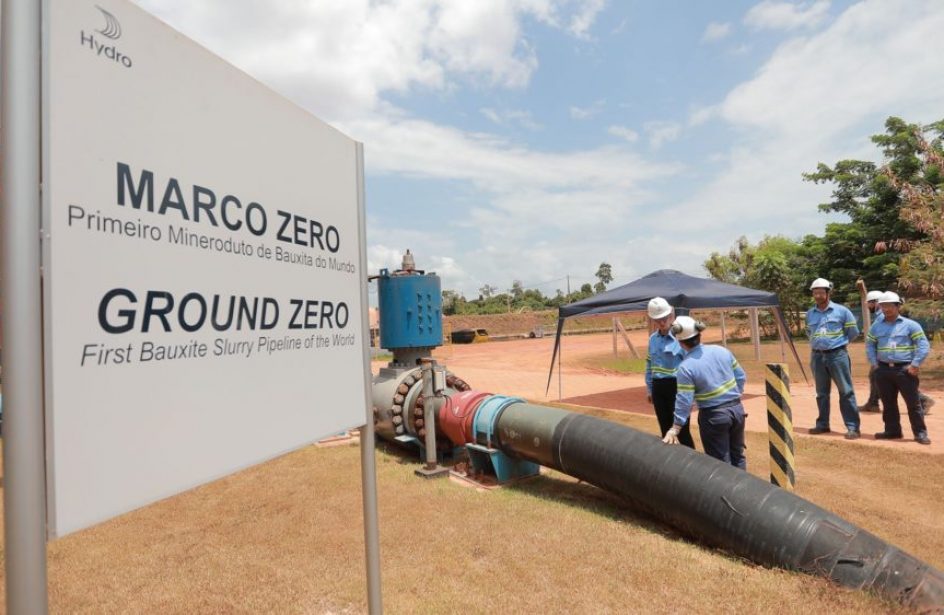 Norwegian aluminium smelter Norsk Hydro ASA said yesterday it has halted the flow of bauxite ore through the pipeline out of Mineração Paragominas to the Alumina do Norte do Brasil refinery for an extended period of maintenance. The move has resulted in a stop in production at Paragominas and a reduction in output at Alunorte, per the company.

According to Hydro, the stoppage arose from a planned event, as the firm scheduled a replacement of a portion of the line during the back half of the current year. However, during the operation, engineers discovered that the pipeline has deteriorated at a rate faster than expected, prompting Hydro to replace that section of the line ahead of schedule.

Work on replacing the affected portions of the line has been undertaken at once, and Hydro says it expects the line to be repaired and operational within two months. In the interim, production at Alunorte is expected to run at between 35 and 45 percent of full capacity, and Hydro expects the lowered output to have a non-trivial impact upon the firm’s results for the current quarter. However, the firm assured customers that it is making its best effort at mitigating any impact to them.