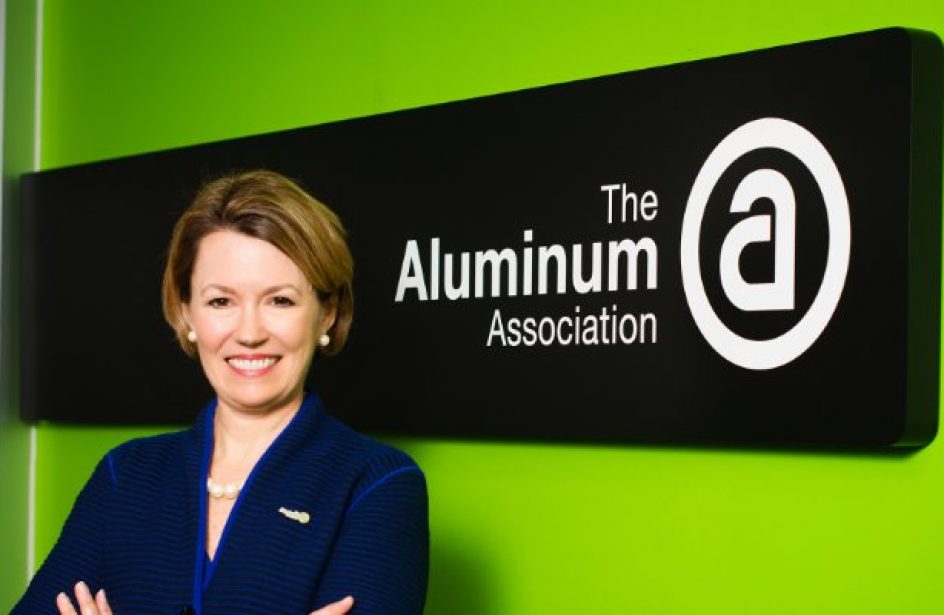 United States aluminium trade group Aluminum Association will soon go forward with new leadership at the helm, as the organization announced earlier this week that President and CEO Heidi Brock will leave later this year.

The Association did not specify a date certain for Brock’s departure, but it did confirm that the board of directors has begun a search for her successor.

Michelle O’Neill, Alcoa Senior Vice President for Global Government Affairs and Sustainability, and Chair of the Aluminum Association, summed up Brock’s impact upon the Associaiton.

“Over nearly eight years as President and CEO, Heidi has grown the Aluminum Association’s value proposition and membership. Today, the association is speaking with a strong, united voice across the aluminum value chain and is a recognized leader on critical issues including sustainability and trade. Heidi has provided dynamic leadership that has produced real results for our members. On behalf of the Aluminum Association’s Board of Directors, I thank her for her outstanding service to our association and our industry.”

“Heidi’s impact extended throughout the Aluminum Association as she assembled and led a terrific team of staff and partners that proved to be highly effective,” added Marco Palmieri, Senior Vice President and President, Novelis North America, and First Vice Chair of the Aluminum Association Board of Directors. “She also brought the industry together to strengthen our collective voice and use it to achieve greater things than we could have as individual businesses. The momentum she created during her tenure will help make this a smooth transition and ensure the Aluminum Association can continue to serve its members effectively for years to come.”

“I am grateful for the outstanding engagement and support I have received from the leadership, members and staff of the Aluminum Association for the past eight years,” said Brock of her tenure with the Association. “Working together, we have contributed to the growth of the U.S. aluminum industry and strengthened the communities in which it operates. It has been a privilege to serve in this role, and I will miss working closely with the exceptional team at the Aluminum Association and the wonderful representatives of our member companies. Given their talent, commitment, and strong industry story, I have every confidence in the Association’s continued success.”