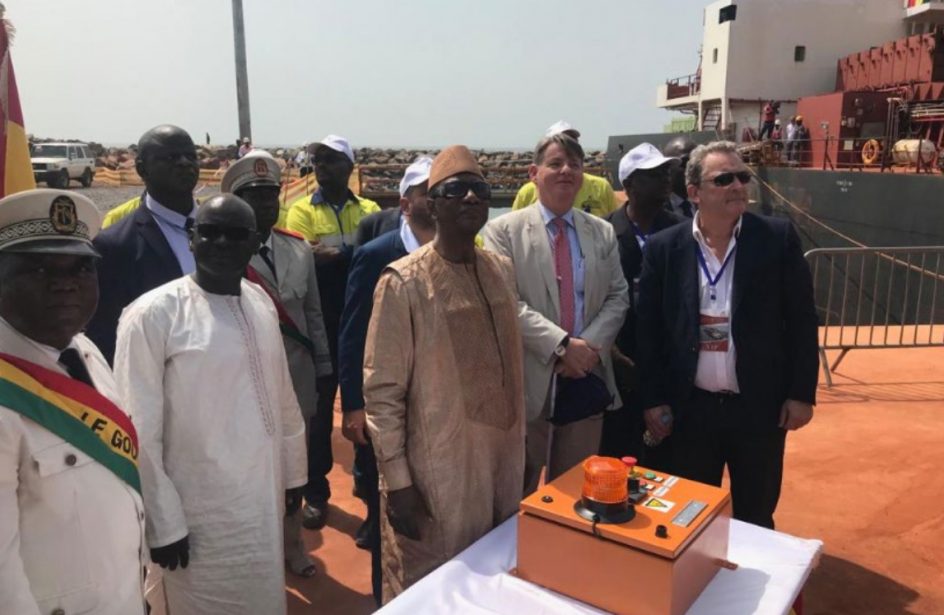 Among the other dignitaries in attendance was Guinea’s Minister of Mines, Guinean parliament members, American and British ambassadors, and local politicians.

Though the ceremony marks the official opening of the mine, over 1 million metric tons of bauxite ore has been harvested from the project to date, which is a significant achievement due to the fact that much of the work was carried out during Guinea’s rainy season. The mine continues to produce bauxite ore at a pace sufficient to fill the several offtake contracts the firm has in place for the mine next year.

Alufer’s CEO Bernie Pryor hailed the step as a testament to the work of the firm’s operations personnel in rapidly bringing the project online.

“We were delighted to host the President, Government and local officials on site to formally mark the opening of the mine and also appreciate the progress we have made at Bel Air. We are very pleased to have successfully ramped up the project in such a short timeframe and look forward to reaching steady state production in the near future. Our ability to achieve this is indicative of our robust construction and engineering plans and I would like to thank our team and contractors involved with this project for all their hard work to date.”