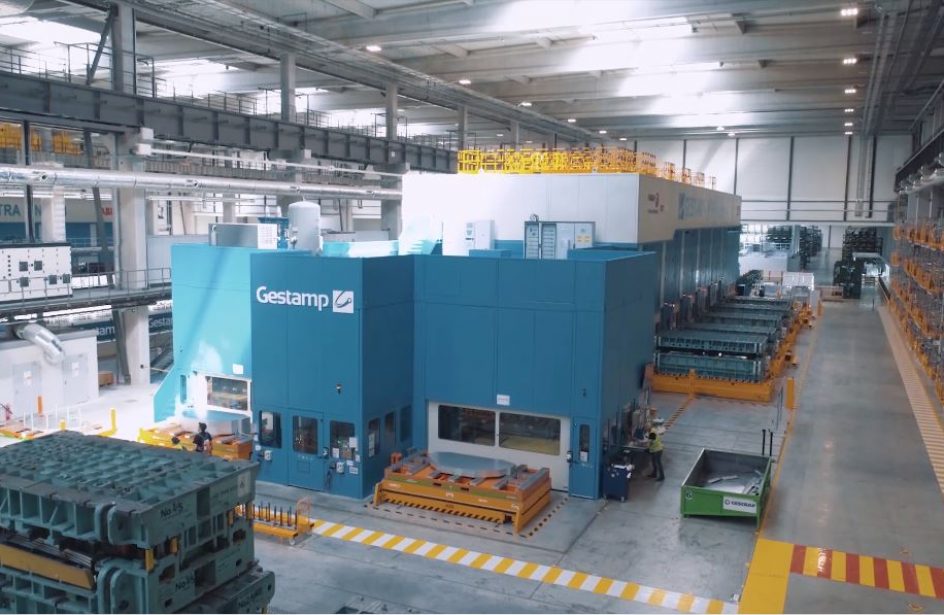 The new €130-million plant will produce aluminium parts primarily for Jaguar Land Rover, which recently began producing units of its Land Rover marque in Slovakia. Gestamp says its new plant will concentrate largely on production of aluminium components for the Discovery model, with plans in the works to manufacture aluminium parts for the New Defender later this year.

Gestamp’s second plant in Slovakia features twin servo press tandem lines that will produce the lion’s share of the plant’s skin panels and structural parts. The firm says the plant, which boasts a workforce of almost 200, stakes out an important position in Slovakia and represents its next step in becoming a multi-material strategic supplier for its various clients.

The Nitra plant joins Gestamp’s existing plant in Velky Meder that produces automotive parts under its subsidiary Edscha. Gestamp notes the strategic importance of locating its facilities in Slovakia due to its strong automotive production industry, as the Eastern European country produces more automobiles per capita than any other country on the continent.

Francisco J. Riberas, the Gestamp’ s Executive Chairman, elaborated upon the firm’s reasoning for locating its newest plant in Slovakia.

“We always accompany our clients where they require us, which is exactly what we have done in this case: We have moved to Slovakia to proficiently serve Jaguar Land Rover with the highest standards in a plant that intends to be the Slovakian press shop of our client.”

“[Gestamp] will apply all of its know-how accumulated over the years in technology and materials to reduce the weight of vehicles and increase their safety,” he continued. “In this case we will provide aluminum solutions to Jaguar Land Rover, a material in which, alongside steel, Gestamp maintains a frontline position.”