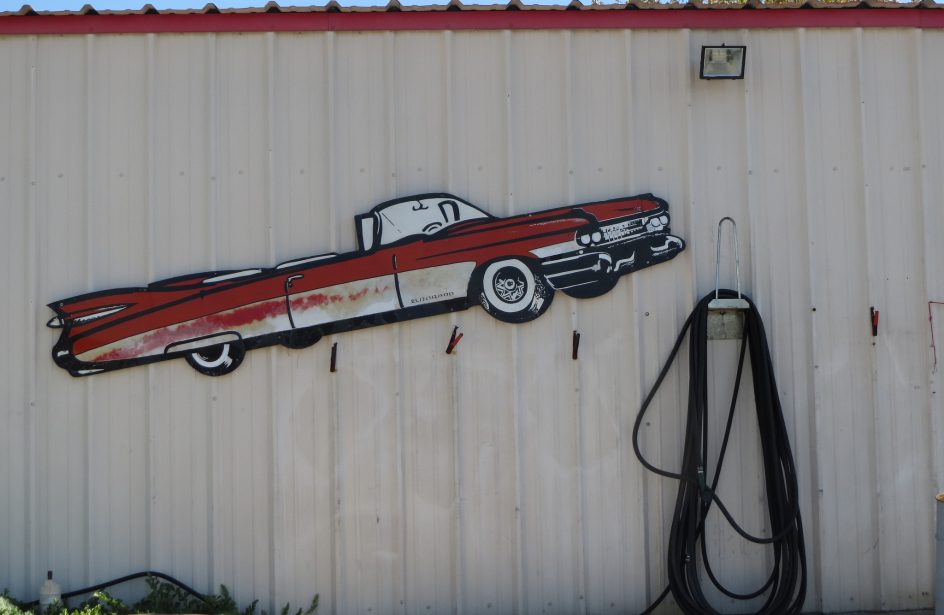 “Flying car” by zombieite is licensed under CC BY 2.0

Given that the automotive and aviation sectors both remain major markets for aluminium technologies worldwide, any development that spans both – such as flying cars – is worthy of note. Although cars that fly, or alternatively road-able aircraft and hovercars, have for years featured prominently in fantasy and science fiction stories, investments in the concept and real developments as a result are only just emerging.

A flying car is a type of personal vehicle that can provide door-to-door transportation by both road and air. Although many prototypes have been built since the first years of the last century, until now no such vehicle has ever reached practical production status.

Uber says it isn’t aiming to produce a flying car, per se, since the project goal is not designed to fly and drive. Rather, like a range other companies, it is looking to build an electric, vertical take-off and landing (VTOL) aircraft for shorter urban commutes. Doubtless a platform for Uber’s plans, Moore’s white paper published back in 2010 outlines how electric VTOLs could actually work.

But inevitably, since any innovation such as a flying-car is potentially hugely lucrative, competition is rapidly emerging with a range of other outfits around the world currently working on their own fly/drive-related technologies – including majors like Arconic, Airbus and newcomer, Terrafugia.

In the automobile world, customers are in general focused on the look and drive of the car. How it presents and how it accelerates are typically the most important factors. Often, these factors are perceived to be driven by the chassis and body design engineering, or the power and efficiency of the engine. However, what about the materials used to build the chassis, the engine or any other component are overlooked, concealed behind the paint finish?

This is claimed not to be the case with Arconic, one of the two business divisions created by the Alcoa split last year, that specialises in material development, engineering and advanced manufacturing for industries stretching from automotive to aerospace. One of the company’s stated targets is the ultra ambitious goal of producing a flying car.

Though as yet this idealised goal is far from reality, Sherri McCleary, a chief materials scientist at Arconic, believes one of the key areas going forward is material development.

In Sherri’s project sphere, several advances have already been made that could propel four-wheeled vehicles up into the sky. Supported by over a century of parent Alcoa’s expertise as a leader in aluminium for aerospace and autos, Arconic has excellent light metals capability. Many of their engineers see future cars employing an ultra-lightweight, next generation aluminium-lithium structure. Stronger and lighter than conventional alloys, these materials will help to reduce vehicle weight and boost energy efficiency. Alcoa’s advanced experience with aluminium has led to development of the Arconic A951 bonding technology. Already being used on current vehicles, this allows aluminium to be bonded easily to itself or other materials. This delivers strength and safety levels not previously obtained while still using a lower density material, a crucial factor in developing flying car design.

Arconic has recorded developments also in upstream manufacturing. The company’s Micromill Technology can process aluminium from liquid to solid sheet in a matter of minutes, while conventional rolling – comprising casting to slab, reheating and forming stages, all involving material transport – could take up to 20 days. Offering a further advantage, the new technology modifies the microstructure of the aluminium, providing a 30% strength increase and 40% in formability, as key attributes for design flexibility in futuristic vehicles.

Further, Arconic says it is now looking at material combos, for example using titanium, an essential element in aerospace applications. One such material, titanium-aluminide is being considered for flying vehicle propulsion components since it is 50% lighter than the superalloy components it will replace, and will deliver enhanced fuel economy. Now, since the performance of flying car engines will need to approach that of jet engines given the thrust demanded to lift the vehicle and its passengers off the ground, greater fuel efficiency and reduced emissions will be absolute essentials.

Beyond exploring the relative properties and performances that competing materials offer, Sherri and other technologists at Arconic have built up a great capability in engineering surfaces. This includes modifying the surface rather than the bulk material substrate as a whole, and one such example involves what are called riblets. Comprising micro- and nano-structured longitudinal ridges and grooves like the surface skin of sharks, riblets offer an innovative way to design the surfaces of aircraft, allowing improved aerodynamics by significantly reducing the effect of drag  thereby lowering fuel consumption and CO2 emissions. Similar surface technologies have been investigated and developed for aerospace applications, for example by the Airbus Group.

Though consumers will continue to focus on engine horsepower and aerodynamic shape, Arconic says it plans to make it possible to propel the material world forward – both on the road and, hopefully, into the sky.

In the U.S., Woburn, Massachusetts-based Terrafugia reports it is well underway with its mission is to create practical flying cars that enable a new dimension of personal freedom. (Terrafugia is derived from the Latin for “Escape from Earth”.) The company claims that its so called “Transition Road n’ Air Craft ” is the world’s first practical flying car. More of a road-able plane, the two-seater, folding wing craft is designed to fly like a typical light sport aircraft and drive like a regular car on the ground. The first prototype was built and flown in 2009, followed by a second iteration in 2012. Currently, Terrafugia reports it is finalising production vehicle design and compliance testing in preparation for vehicle deliveries within the next three years.

Meanwhile, in the Netherlands, PAL-V is taking pre-orders for its first “flying car” – the PAL-V One. This is a three-wheeled two-seat hybrid car and gyroplane combination: an air and land vehicle offering the convenience of fully integrated door-to-door transportation. It has a very short take off and landing capability, making it possible, the company claims, to land practically anywhere. PAL-V One is expected to reach the first customers in 2018, following successful test flights and with preproduction stages underway.

One of the world’s aerospace majors, Airbus says it plans to test its own flying car prototype by the end of this year, as explained by the company’s CEO, Tom Enders, at the recent “DLD 17” technology conference in Munich.

Last year Airbus formed a division called Urban Air Mobility to investigate concepts such as a vehicle to transport individuals or a helicopter-style craft that can carry multiple passengers. The company has been working on VTOL technology that would allow vehicles to pick up passengers in busy urban areas, with the aim of making it possible to book travel using an app, similar to car-sharing schemes. Autonomous driving is expected to revolutionise the car industry over the next decade and Mr Enders believes the technology could have a similar impact on airborne transport. Airbus is already the world’s largest producer of commercial helicopters, giving it an edge in penetrating the new aviation segment. “If we ignore these developments, we will be pushed out of important segments of the business,” he said.

“One hundred years ago, urban transport went underground, now we have the technological wherewithal to go above ground,” Mr. Enders continued. “We are in an experimentation phase; we take this development very seriously,” he added, concluding that the company expects to begin production by 2021.

Elsewhere, there have been further endorsements of the attraction of cars in the sky or aircraft on the road. Google founder, Larry Page, has invested some US$10 million into flying car start-up ventures, and Chinese company E-Hang reports it has already developed an advanced prototype design – indicators that this is indeed a serious business.

Over the next 50 years, experts predict that innovations will be exploited to boost efficiencies and deliver combination applications like flying cars. As a result, further types of flying machines, like personal flight drones, could become increasingly important and commonplace, says Luke Haylock, Global Aerospace Technologist at Arconic. Drones have already been trialled for personal deliveries – for example, in the UK by Amazon and even Domino’s Pizza in New Zealand. “Small helicopters are being used as taxis in Rio de Janeiro,” says Haylock, adding that São Paulo and Rio de Janeiro have “a combined fleet of almost 360 that outnumbers the 215 registered in all of New York state.” In a latest development, prestige – and aluminium-intensive – car outfit Tesla’s CEO Elon Musk reports he has booked two tourists to fly round the moon next year in his new SpaceX venture. Could the concept of luxury cars in space become the next reality born out of previous design fantasies?