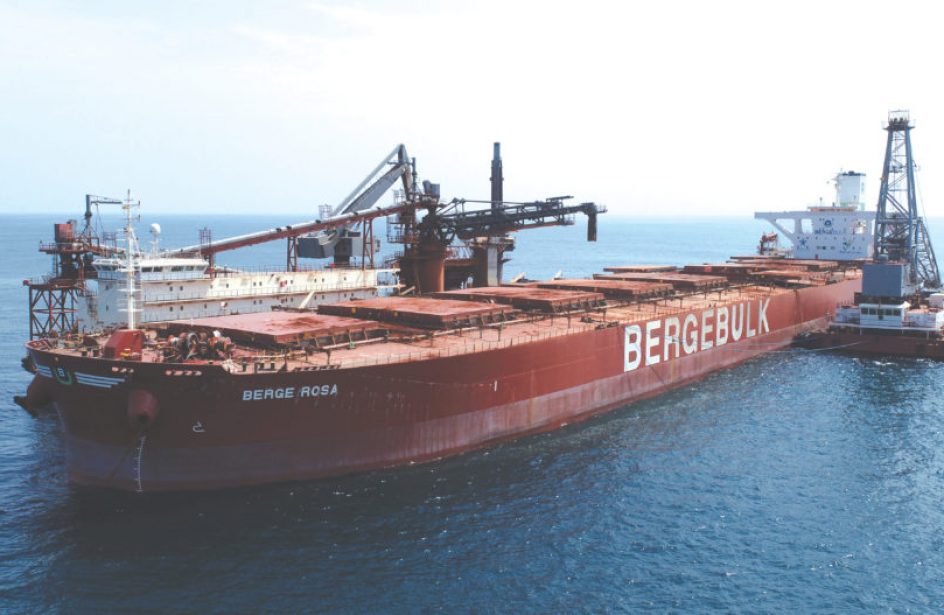 Emirates Global Aluminium PJSC (EGA) announced over the weekend the departure of the inaugural Capesize vessel from its bauxite mining subsidiary in Guinea.

Berge Bulk’s ore carrier MV Berge Rosa departed from Guinea Alumina Corporation’s facilities at Kamsar bound for an unnamed buyer in India. The vessel set sail with 173 thousand metric tons of bauxite ore, which was loaded to the ship’s hold via a floating crane supplied by specialized self-propelled barges.

“Using Capesize vessels to transport bauxite from GAC lowers shipping costs per tonne and contributes to the global competitiveness of our ore. The Capesize vessel that has sailed today is the first of many over the decades ahead as GAC ramps up, reliably supplying our bauxite customers around the world.”

Loading a Capesize vessel at GAC’s facilities takes about 15 barges around 5 days. The operation is located approximately 10 miles upriver and is accessible to the open ocean thanks to infrastructure put into place via a joint partnership between Louis Dreyfus Ports Limited and Abu Dhabi Ports Company.

GAC is the product of a US$1.4 billion investment by the firm, representing one of the biggest greenfield investments made in the country in four decades. In addition to selling bauxite ore to third-party buyers, EGA is transporting bauxite ore from Compagnie des Bauxites de Guinée (CBG) via Capesize vessels to Abu Dhabi and its refining and smelting operations at Al Taweelah.