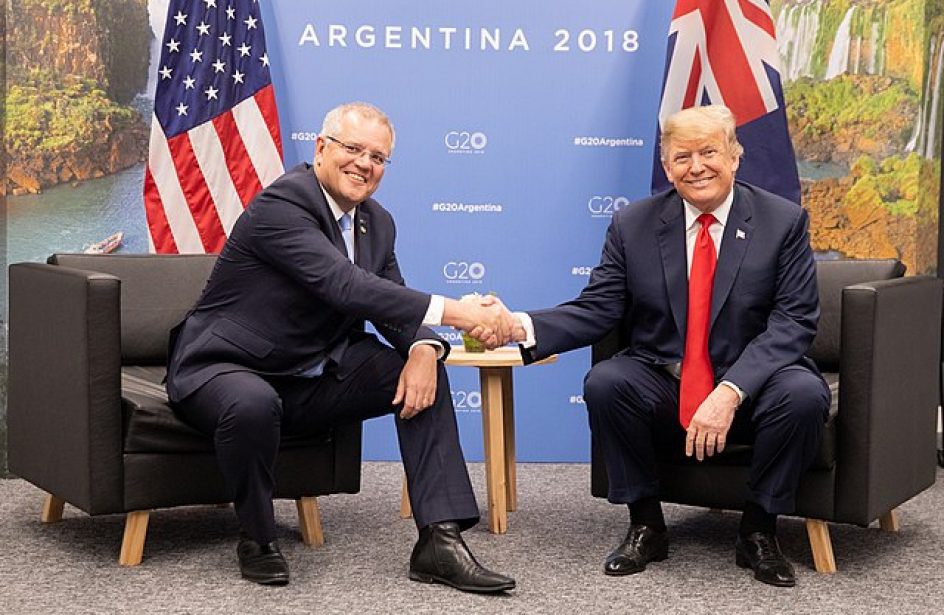 Responding to reports that the Trump Administration is weighing tariffs on aluminium imports from Australia, Prime Minister Scott Morrison said yesterday that his country’s aluminium producers have complied fully with the current deal in place between the two governments.

In comments to reporters in the Solomon Islands, Morrison defended his country’s aluminium exporters, saying they have been acting in compliance with the accord between Washington, D.C. and Canberra.

“We have an arrangement with the United States and we are working within that arrangement,” said the P.M.

On Sunday the New York Times reported upon statements allegedly made by anonymous Beltway sources that the Trump Administration considered levying tariffs on aluminium from Down Under last week but were stymied at the last moment by withering criticism from the military and the State Department.

The Trump Administration reportedly considered the trade barrier in response to advisers’ concerns surrounding elevated levels of aluminium entering the country from Australia over the past several months. Though apparently receptive, the administration ultimately abandoned the idea, at least for now, due to concerns that such a move would alienate one of the U.S.’s most stalwart allies.

Officially the White House declined to offer comment on the situation.

The country has long been an ally of the United States, a relationship that has only strengthened thanks to the country’s willingness to push back against waxing influence in the region by the People’s Republic of China.