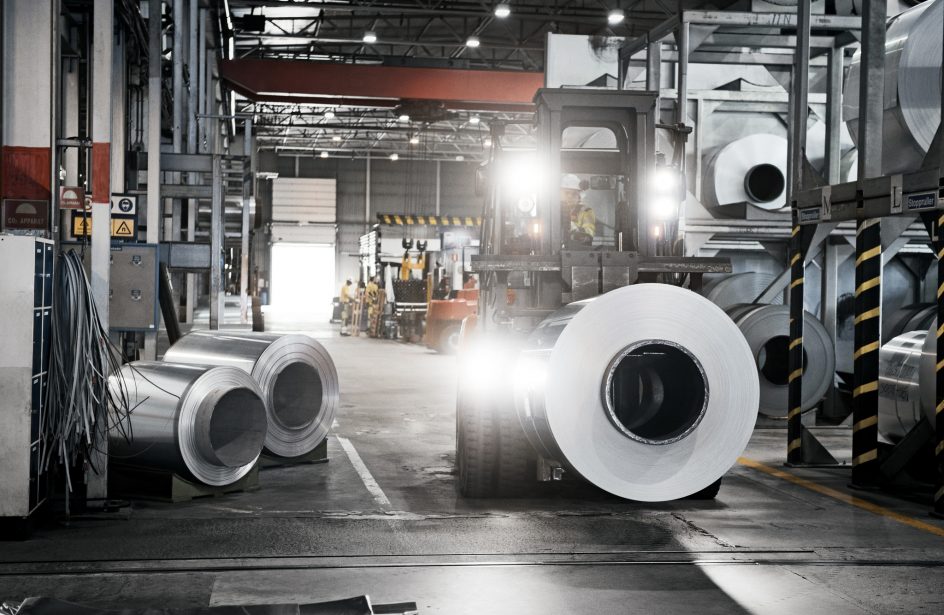 Since October 22, aluminium prices have been trading below US$ 2000/tonne, and are currently barely keeping above US$ 1900/tonne. Without much good news on horizon, uncertainty over U.S.-China trade war persisting, and further strengthening of the US dollar, it would seem that demand for aluminium has completely stalled. But that’s not at all the case – not only is demand stable, but it will grow between 3.5 and 4% this year, exceeding production growth. At the same time, smelter productions costs rose this year, and inventories fell, both on registered warehouses and in general.

The fact that the aluminium price is sensitive to global macroeconomic developments and not to fundamentals directly related to the aluminium industry and market (with the exception of severe production-supply disruptions as was the case of the UC Rusal sanctions and the curtailment of Alunorte’s output), points to one possible explanation: there is no shortfall of aluminium, despite the market deficit.

Global primary aluminium consumption for 2018 is expected to be around 69.5 million tonnes, approximately a 12.8 % increase on 2016. This dovetails with a 6.7 % increase in demand for semi fabricated and cast products over the same period.

Out of total semi fabricated and cast products demand, around a quarter is for transport and construction industries each (26% and 25% respectively), while demand for foil & packaging and electrical segment are around 15% each, and machinery & equipment 10% (consumer durables and other are 10%, 5% each). Geographically, 47% of total demand is in China, Asia ex-China 18%, Europe 16% and North America 14%. The rest of the world (Central and South America, Africa and Australia) accounts for just 5%. Finally, 34% of total demand is extrusions, 30% rolled products and 23% castings. Wire&cable are 11%, forgings 1% and others 2%

CRU estimates total global aluminium stocks will be around 11 million tonnes by the end of this year, equivalent to about 61 days of global consumption. It’s the lowest level since 2007, when stocks dropped to just 50 days.

In LME-approved warehouses the downtrend is continuing, with stocks having more than halved since the start of last year, to 1.05 million tonnes. Wood Mackenzie analysts expect that aluminium supplies will be around 68 million tonnes this year, before inching up to 72 million tonnes in 2019. Half of that increase (around 2 million tonnes) will come from China, with ROW accounting for the remainder.

Deficits this year are expected to be around 1.5 million tonnes, and a similar level is forecast for 2019.

As a rule of thumb, smelters in the U.S. need to sell aluminium above US$ 2200/tonne to be profitable, according to the Harbor Aluminium. At the lower end of the cost curve are smelters located in Russia and Canada, followed by those based in the Middle East and the newer smelters in China. Aside of U.S, smelters with the highest costs are located in Europe, China and Australia. Consequently, UC Rusal and Rio Tinto boast the lowest production costs among the world’s (ex-China) aluminium majors, followed by Norsk Hydro and Alcoa.

CRU estimates around 71% of alumina consumed outside China, and 63% of alumina within China is priced according to alumina indexes in 2018, up from 66% and 58%, respectively, in 2017. It indicates that any changes in alumina spot prices will increasingly affect aluminium smelting costs around the world.

Another difference compared to last year comes from China. Last winter, Beijing implemented stringent air-pollution measures which limited the production of heavy-polluting product markets such as calcined coke, coal tar pitch (CTP), and carbon anodes, which led to temporary market deficits and price spikes. A similar phenomenon is expected in Q4 2018 due to coming winter closures, but the disruption will probably be smaller.

But since many global smelters are reliant on carbon products from China, prices are expected to remain elevated at least until Q2 2019. In Europe, the reforms of the EU Emissions Trading Scheme (ETS) for the years 2021-2030, are aimed to reduce the free carbon permit allowances for EU aluminium smelters. CRU Group expects higher carbon prices and rising aluminium smelting costs. This is expected to raise smelting costs for the average smelter by US$10- US$25/tonne of aluminium, depending on the final EU policy decision.

In China, losses have forced many primary aluminium producers to cut output this year, with closures of 1.35 million tonnes so far. In the meantime new, lower cost capacity came on stream. SMM estimates that more than 2 million tonnes of new capacity is likely to come online across 18 producers this year.

As Wen Xianjun, vice president of the China Nonferrous Metals Industry Association told Reuters, most Chinese smelters lose money when prices fall below 14,000 yuan (US$ 2,206) per tonne, and will have to assess whether restarting is reasonable in current market conditions.

Rising coal and anode prices, as well as electricity prices in some provinces, all contributed to rising production costs in China this year. For instance, in October the Shandong province started charging owners of captive power plants. This move affected major aluminium smelters, and contributed to an increase in their production costs.

The Shandong commodity price bureau said owners of captive power plants would have to pay 0.05 yuan ($0.0073) per kilowatt hour (kWh) of electricity generated from July 2018, rising to 0.1016 yuan per kWh after the end of 2019. The policy will increase aluminium production costs for smelters using captive plants in Shandong by around 500 yuan a tonne (US$ 73) in the initial 18-month period alone, according to Helen Lau, an analyst with investment house Argonaut. Lau put average industry production costs at 14,500 yuan per tonne. Shares of top global aluminium producer China Hongqiao Group tumbled after its home province of Shandong announced new fees for onsite power plants.

There is a real risk of growing market deficits for primary aluminium in the next few years. China is restricting capacity expansions while the interest for investments in new smelters is fading in the rest of the world. If we throw into this mix the growing market deficit, then all signs point to the aluminium price reacting upwards. According to Wood Mackenzie, assuming a moderate deceleration of the global economy, the world needs some 10 million tonnes of new smelter capacity by 2027, and twice as much alumina refinery capacity, to meet future global demand.

Rising production costs over the last two years additionally frightens investors and is leading towards the increased use of secondary aluminium. All major aluminium processors are racing to use more secondary aluminium in their products – as is the case for the automotive industry.

As a result, the global aluminium industry is slowly moving to an environment where the production of primary aluminium will be a luxury, and something reserved only for countries and regions abundant in cheap and renewable energy. The role of secondary/recycled aluminium in global aluminium flows will dominate and further grow.