An article in the Wall Street Journal late last month brought to the wider public the issue of aluminium “transshipment,” or the practice of exporting semi-formed aluminium parts to a third country to be re-melted into ingots and sold as raw aluminium on the market. The article outlined the allegations that American aluminium executives leveled against the People’s Republic of China, indicating that aluminium firms from the Asian nation were engaged in the practice by shipping semis to Vietnam, Malaysia, Mexico, and others before flooding the US market and effectively pushing American aluminium firms to the edge of the financial precipice.

The United States Department of Commerce is investigating China Zhongwang Holdings for allegedly engaging in the practice, according to the WSJ which cites federal documents and a department spokesperson. The investigation is weighing evidence that the firm, or companies with which it has a business relationship, shipped up to six percent of the world’s aluminium inventory to a warehouse in Mexico and allegedly re-melted it at a plant in New Jersey in order to avoid American tariffs on the metal. A China Zhongwang spokesperson denies that the company has been contacted by US authorities about an investigation.

While the allegations brought to light by the Wall Street Journal and those being investigated by the Commerce Department, if substantiated, are egregious enough, there are signs that they are but a very small piece of a vastly larger operation.

Evidence has come to light that the stockpile in Mexico has been steadily siphoned out of the country and held in a facility in Vietnam, out of sight of watchful authorities. According to information that has come into the possession of Aluminium Insider, a group of individuals with familial and business ties to Liu Zhongtian and China Zhongwang have allegedly colluded to arrange for the export of aluminium extrusions out of China and to Mexico, Vietnam, and Malaysia. The evidence points to the group arranging for the export of up to 2.1 million metric tons of aluminium out of China under export code 7604 to the above destinations between 2009 and the present.

As covered previously by AI and others, a significant stockpile of aluminium was discovered at the Aluminicaste Fundición de México S. de RL de CV plant in San José Iturbide, Guanajuato, a firm that Liu Zhongtian’s son Liu Zuopeng is listed as a representative with the local government. As the stockpiles in Mexico have begun to attract unwanted attention, Liu’s group allegedly began moving the remaining 1.5 million metric tons out of North America and to a particular destination in Vietnam on the outskirts of Bien Hoa called Global Vietnam Aluminium (GVA). This comes as Zhongwang USA announced its acquisition of Aleris, which is now pending approval from US regulators.

As can be seen by comparing images over the past several years from Google Earth, GVA’s facilities have undergone a significant expansion since 2012. 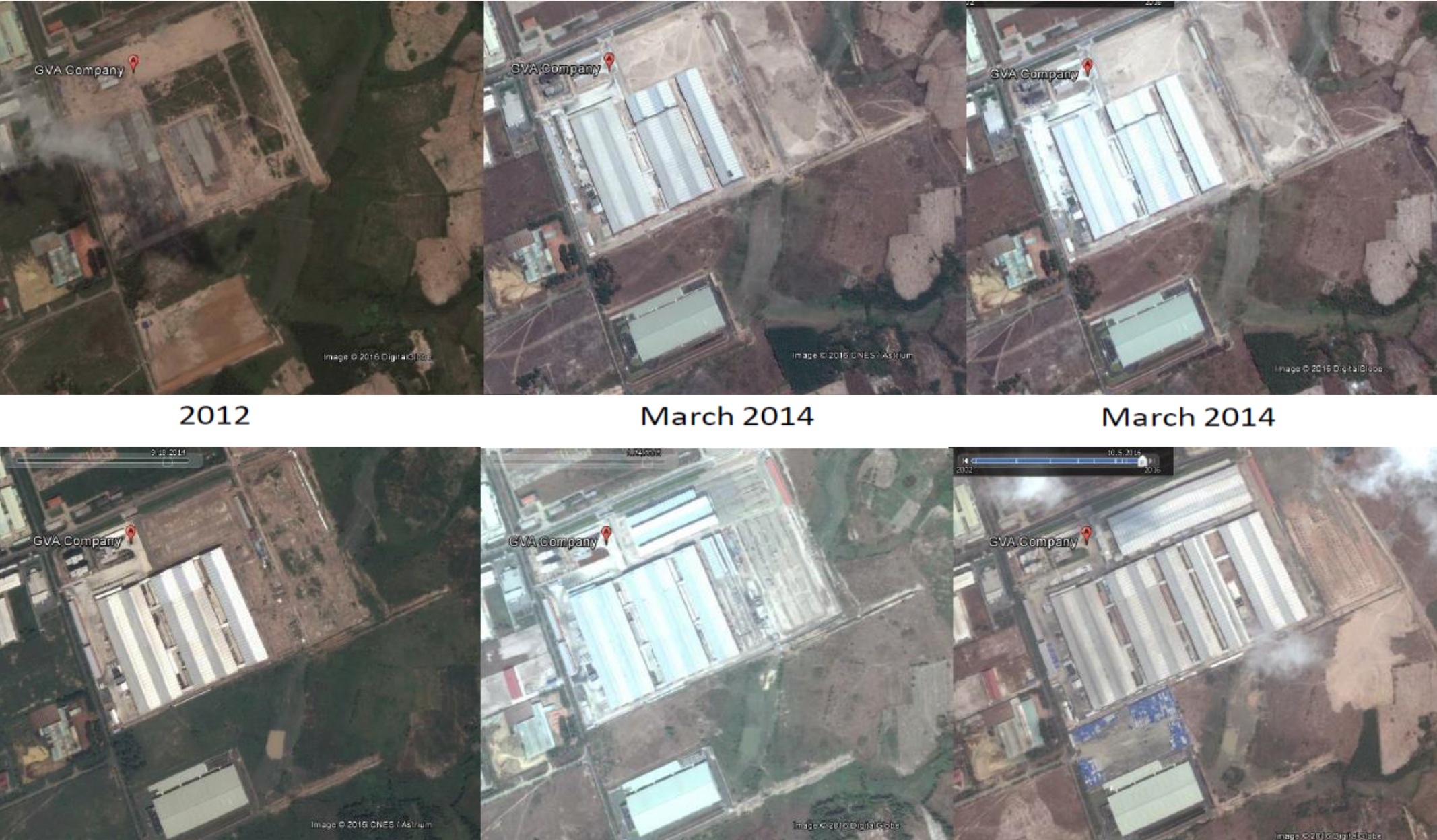 Though exact numbers cannot be determined, an estimate of the size of the stockpile at GVA’s facilities is 1,150 thousand metric tons, valued at around US$2 billion.

True to form for much of the fake semi trade that has been alleged so far, China Zhongwang’s fingerprints can be found. Jacky Cheung and Wang Tong are GVA’s only two shareholders, owning ten and ninety percent of the company’s shares, respectively. Jacky Cheung is also listed as the agent for service of process in California for Perfectus Aluminum Inc., which is a firm created by the merger of Pengcheng Aluminum Enterprise Inc. USA and six other legal entities. Liu Zuopeng was CEO, CFO, and secretary for Pengcheng and his wife, Liu Chengcheng, served as that firm’s director.

Even as the recent hearings held by the United States International Trade Commission shined a bright light in the direction of alleged wrongdoing in Mexico, it appears more and more likely that the stockpile in Mexico is well on its way to Vietnam. Scepter’s Garney Scott said as much in his testimony before the commission, asserting that Chinese exports to Vietnam were “purposeful transshipments” meant to evade tariffs.

As can be seen, it seems apparent that, despite the best efforts of the governments involved, the trade in fake semis is thriving. Unfortunately, like the Lernaen Hydra, when one head is lopped off, two spring up in its place.

A statement from China Zhongwang said that the company “has no production base outside of China, neither in Mexico, New Jersey, Vietnam nor Malaysia. The companies and individuals (Jacky Cheung and Wang Tong) are not part of China Zhongwang, and the Company has no business dealings nor shareholding relationship with them.  Neither is China Zhongwang nor Mr. Liu Zhongtian involved in any of the alleged stock movements” mentioned. “We would like to reaffirm strongly that China Zhongwang is an independent, non-state owned and market-driven company, and we support fair business competition. We always strive for compliance with applicable trade regulations in markets where we operate,” said Lu Changqing, President of China Zhongwang.

In a press release issued on October 27th, 2016, Aluminicaste refuted its involvement “in any of the alleged “fake semis” or “fake pallet” sales to the United States.” “Our raw materials are sourced locally. Aluminicaste does not manufacture or purchase pallets for production use” according to the statement. It also stated that “[the company] did not/do not stockpile unreasonable amounts of aluminum.”