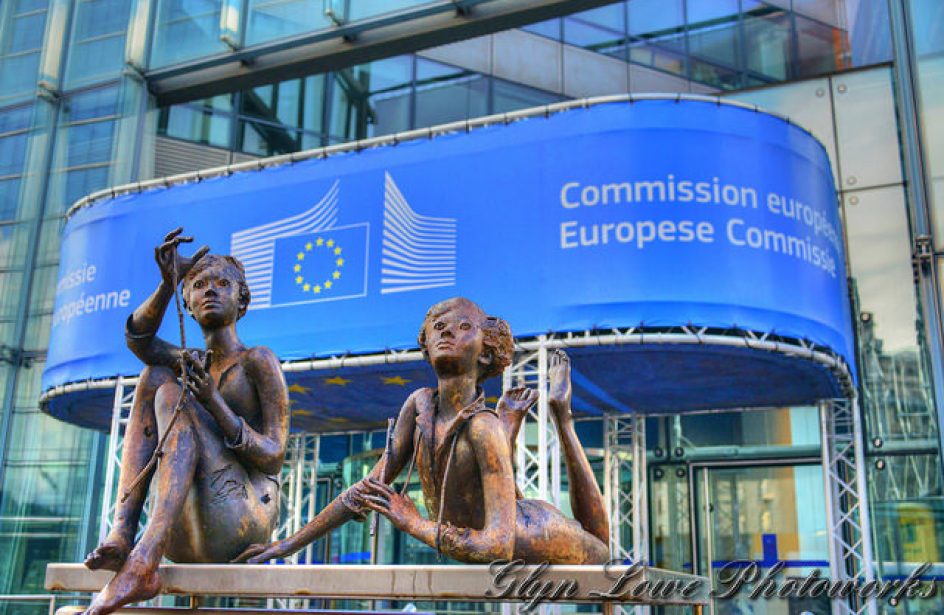 On December 17, the European Commission handed down an edict putting in place definitive sanctions against the Russian Federation for purposes of curtailing the dumping of aluminium household foil (AHF) the EC perceives the Russians have been engaged in over the past several months and years. This is essentially a five-year extension of the preliminary tariffs enacted last summer after complaints by several EU aluminium producers last August.

The preliminary tariffs were already unpopular with EU consumers. In a letter sent to European Commissioner for Trade Cecilia Malmström last month, seven European rewinders pointed out that “definitive anti-dumping duties would have a disastrous effect” upon their business model and would even “put at risk the survival of the EU rewinder industry at large.” They even suggested an alternative to the restrictive tariffs:

We have put forward to the Commission Services a proposal for a minimum import price for Russian imports. If set at a workable level, such a price can certainly result in a mutually acceptable solution for the EU users and producers of aluminium household foil.

Unfortunately, and to the detriment of the EU’s small and medium enterprises (SME’s), the EC did not alter its potentially disastrous course.

In its report, the EC stated that UC RUSAL (the only exporter of aluminium foil in the Russian Federation) failed to adequately and convincingly rebut the findings of the original report, which found the dumping margin to be 34%.

Unfortunately, the true situation regarding the EU market and its import of aluminium from RUSAL isn’t so simple, as RUSAL points out in its withering rebuttal. In its rebuttal, RUSAL makes two major arguments – that the tariffs are not in the EU’s best interests, and that the EU’s aluminium foil industry isn’t actually experiencing any harm, at least not one for which RUSAL is responsible.

As RUSAL points out, the thirty aluminium rewinders, who employ many more people than the five complaining aluminium producers, and who are in a far more vulnerable position. For these SME’s, the purchase of aluminium jumbo rolls is approximately 80% of their cost of manufacture. RUSAL’s rebuttal continues:

The imposition of anti-dumping duties on Russian AHF at the rate 12.2% would mean that the total manufacturing cost for rewinders will increase almost by 10% (12.2% of 80% is 9.76%). This causes serious concerns for the future of rewinders as their profits are currently at historically low levels.

The imposition of AD duties at 12.2% is likely to lead to a situation where there is not enough supply of AHF jumbo rolls ensuring sustainable business for rewinders. The five complaining producers cannot fill in the gap in supply. This might force the European rewinders to relocate their production activities outside the EU, which would be dramatic for the EU in the present social and economic situation.

Further, few alternatives to RUSAL are available to EU rewinders. European capacity is maxed out at present. Turkey can scarcely meet its domestic needs, Brazil is not likely to export at an affordable price, as their market is much more attractive, South Africa and India aren’t considered to be reliable producers, and the People’s Republic of China is already subject to anti-dumping duties as well.

In addition, the ability for the SME rewinders to pass on their costs to the consumer are strongly curtailed:

Consumer rolls are the downstream end product and are sold by rewinders to large supermarket and retail chains possessing strong buying power; in addition, prices for all aluminium products at tied to the LME aluminium metal prices. In this way, contrary to the conclusions of the European Commisison, no possibility for rewinders to pass the cost of the AD duty to their customers exists. And even if such possibility existed, it would be up to the end consumer – snack shops and families – to pay 12.2% higher prices.

RUSAL challenges the idea that aluminium producers are suffering a loss by pointing out the fact that AHF producers account for only 4% of all aluminium production in the EU. They point out the fact that the EU uses aluminium foils of different kinds in industries as varied as food packaging, pharmaceuticals, and construction. They also make the argument that the profit margin for EU AHF producers actually increased during the period investigated by the EC:

LME aluminium metal premiums decreased considerably in 2014 while prices for AHF stabilised, and therefore the profits made by AHF producers in Europe increased. The LME premiums decreased further dramatically from 398 EUR per MT in December 2014 to 137 EUR per MT in the third quarter 2015. […] Any injury to the five complaining EU producers was clearly inexistent in 2015.

In addition, RUSAL points out several factors about EU aluminium output and consumption that were not taken into account by the EC. EU producers increased the production of other aluminium foils other than the type that is subject to the investigation to make up for losses incurred in the arena of AHF production. AHF consumption is up in the EU, which signifies “favorable market conditions” for it in the Union. Finally, there is no guarantee that continuing the punitive tariff on AHF imports will lead to growth in the EU sector, as the overall decline in aluminium prices were not taken into account as having been a factor in the harm alleged by EU’s AHF producers.

RUSAL’s argument is compelling as it points out massive holes in the EC’s sanctions against the Russian Federation. Whether the EC has the courage to admit its mistakes and reverse the sanctions remain to be seen. However, the harm to the small aluminium rewinders is all but certain to increase for the foreseeable future.