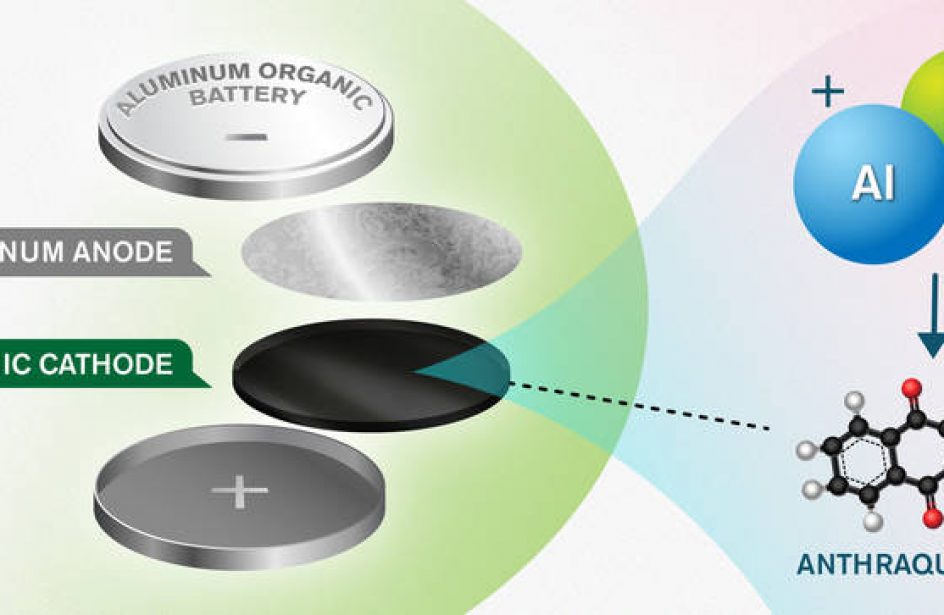 European scientists announced last week a breakthrough in aluminium battery construction that they say will double their energy density while making their production significantly more environmentally friendly than ever before.

Researchers from the Chalmers University of Technology, Sweden, and the National Institute of Chemistry, Slovenia, investigated the current materials used in aluminium-ion batteries, which include aluminium anodes and graphite cathodes, and found that using graphite as cathode material provides an insufficient energy content to make aluminium-ion batteries practical for most consumers.

Instead, the researchers substituted anthraquinone, which is an organic, nanostructured material that provides a higher energy content than pure graphite alone.

The prospect of cheaper production costs and less of an impact upon the environment “make our system incredibly interesting for energy saving in large-scale photovoltaic or wind turbine plants” opined Chalmers University of Technology team leader Patrik Johansson.

The anthraquinone cathode researchers used in the experiment was developed in a previous study by Jan Bitenc of the Ljubljana Institute of Chemistry. Anthraquinone cathodes are advantageous due to the fact that it allows storage of positive charge-carriers from the electrolyte, allowing for a higher energy density from the battery.

“So far, aluminium batteries are only half as energy dense as lithium-ion batteries but our long-term goal is to achieve the same energy density,” explained co-author Niklas Lindal. He continued by saying that the next research objective for the team is the elimination of chlorine from the electrolyte.

The researchers’ paper was published in the article “Concept and electrochemical mechanism of an Al metal anode ‒ organic cathode battery” in the journal Energy Storage Materials earlier this year.