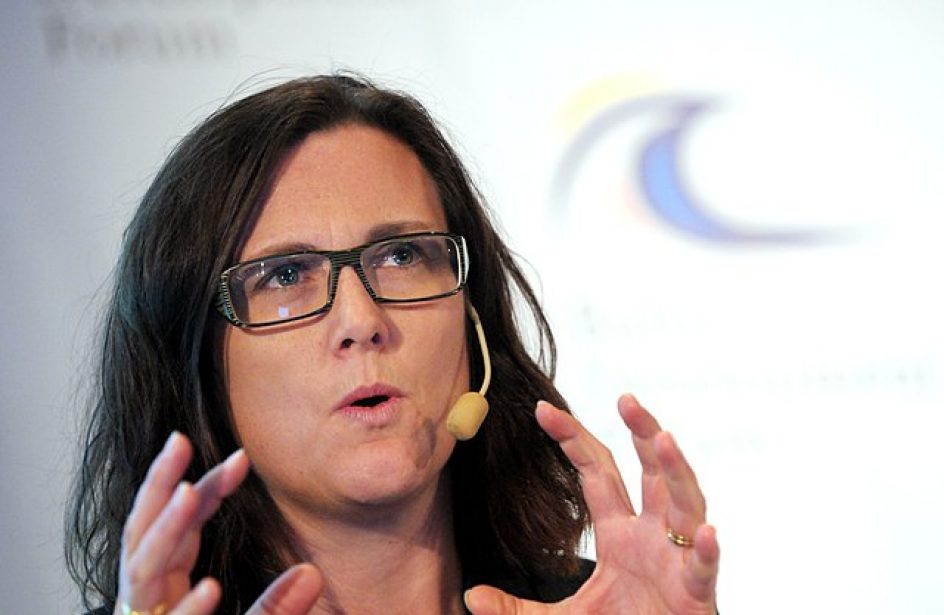 Despite needing nine months for a full investigation into the matter, EU Trade Commissioner Cecilia Malmstrom told Reuters earlier this week that preliminary safeguards to protect the continent’s aluminium industry against the Trump administration’s aluminium tariff may only be a few weeks away.

“We can take pre-measures in July already. This is what we are going to discuss. We want to see the preliminary outcomes of the investigation. It is possible,” Malmstrom said on Monday.

She went on to reveal that there has been at least some evidence of steel bound for United States shores ending up in Europe instead.

The EU launched a study at the end of March to determine whether the Trump tariffs may require action by the body to prevent aluminium and steel from Asia from flooding the European market.

In addition to taking action on its own, the EU has already enacted sanctions under the rubric of the World Trade Organization. At the WTO, the EU has enacted tariffs of up to 25 percent on a litany of imported American goods.

“Everything we do is – by the comma – WTO compatible, as opposed to some others,” explained Malmstrom.

Characterizing the Trump administration’s national security rationale for the tariffs as “very innovative,” Malmstrom continued by expressing remorse that the two governments remain at loggerheads.

“We offered a constructive agenda, a way forward, discussions on trade irritants, on issues that were of concern to the U.S., and also said that we could sit and look at a minor tariff-only trade agreement, including cars and car parts. And the U.S. rejected that. Now the ball is in their court.”

Though the tariffs were announced in March, the EU enjoyed a reprieve, intended to allow time for the parties to come to a long-term agreement on aluminium imports. However, no such agreement was made, and the 10-percent tariffs on aluminium came into effect at the stroke of midnight on Friday.