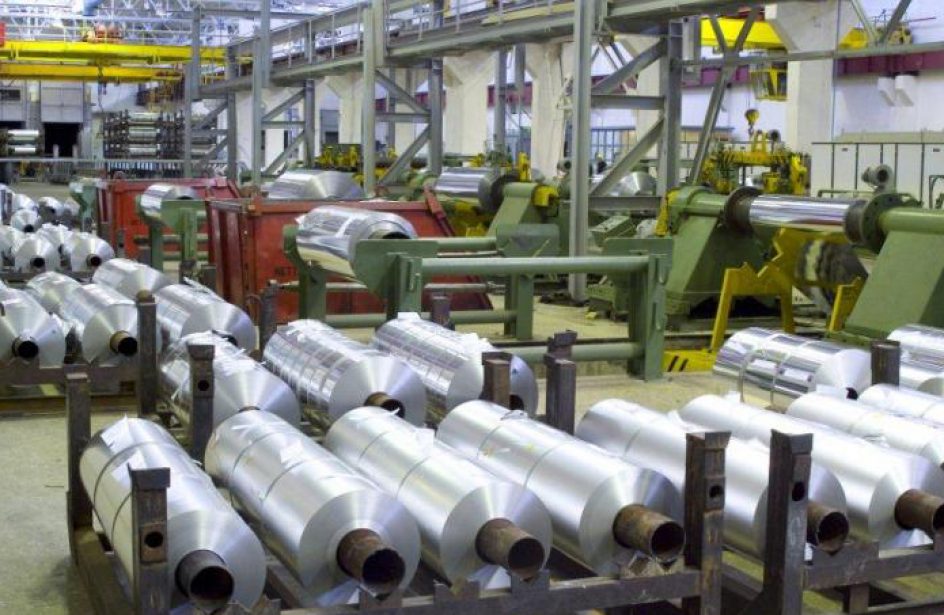 The Armenal aluminum foil plant in the Arabkir district of Yerevan. Source: ANCA

Easing of sanctions upon Russian Federation aluminium giant U.C. Rusal will be a boon to an aluminium mill that provides financial security to thousands of Armenian families, explained a spokesperson for the Armenian National Committee of America (ANCA) after last week’s vote in the United States Senate against prolonging such sanctions.

In a press release issued late last week, ANCA Executive Director Aram Suren Hamparian said that the vote would go far in bolstering the fortunes of Armenal in the Arabkir district of Armenia’s capital Yerevan.

“While we did not take a position on the broader policy debate over the lifting of specific sanctions, we do welcome the net effect of today’s vote, which is to ease pressure on a successful, export-driven Armenian enterprise that employs over 700, supports many times that number of Armenian families, and exports products to U.S. markets. The ANCA remains committed to working constructively with legislators from both parties to address undue, improper, or unintended consequences of U.S. regional sanctions on Armenia and the U.S.-Armenia trade relationship.”

Armenal, which employs 700 individuals and, if counting suppliers and support services, generates jobs for many thousands in the area. The plant produces about 34 thousand metric tons of aluminium foil per annum for use in packaging food, beverage, and cigarette containers. The lion’s share of its clients are in the United States and Europe, and the plant boasts a book of business including Trinidad Benham Corp, Handi-Foil of America, and Durable Packaging International, among others.

In September the plant began to draw down production due to the United States government’s sanctions on Rusal. Unnamed sources at the plant said the sanctions caused a drop-off in demand from its usual customers, frightened off by the prospect of follow-up sanctions that could have led to similar punishments for buyers from Rusal.

Last week’s Senate action killed a bill that would extend sanctions upon Rusal after the Treasury Department lifts the penalties, which it has announced it will do shortly.