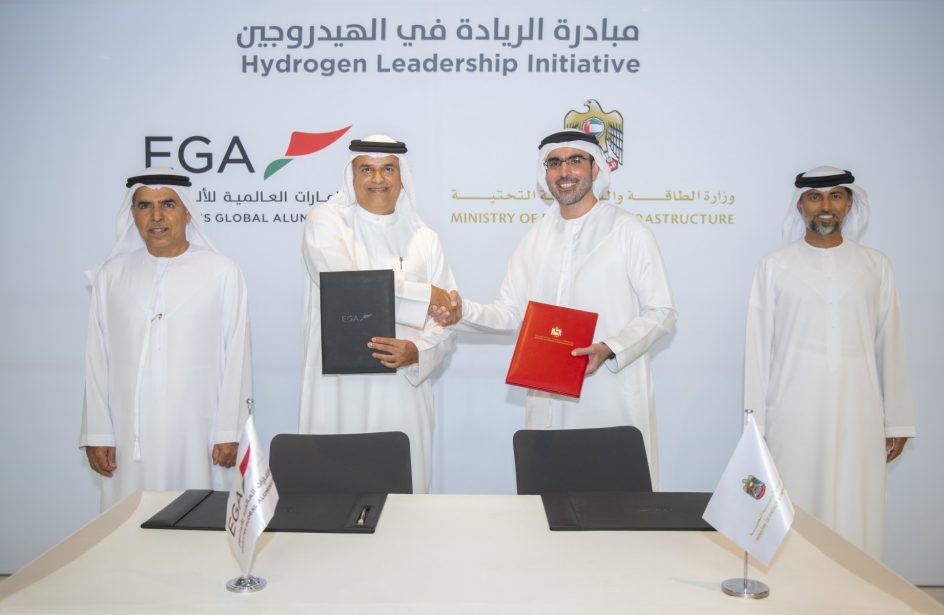 Emirates Global Aluminium PJSC (EGA) announced this week the signing of an agreement with the UAE Ministry of Energy and Infrastructure to become part of the country’s UAE Hydrogen Leadership Initiative. The Initiative is dedicated to increasing research and development into the increasing use of hydrogen in industrial decarbonization.

EGA’s membership in the organization means it also becomes a member of the Abu Dhabi Hydrogen Alliance and the National Hydrogen Technical Committee. These committees were both formed in 2020 as part of the ministry’s push to encourage decarbonization in industry. Hydrogen is specifically targeted due to the potential it promises for a replacement for natural gas in the aluminium industry and other areas.

Suhail Al Mazrouei, UAE Minister of Energy and Infrastructure said in a press release that the move is the next leg in the country’s journey to decarbonization.

“The UAE continues its efforts to take decisive steps to advance the clean energy sector, particularly in hydrogen. The UAE is committed to strengthening the country’s position as a global centre for a sustainable, green economy, in line with the vision of His Highness Sheikh Mohammed bin Zayed Al Nahyan, President of the UAE and his brother, His Highness Sheikh Mohammed bin Rashid Al Maktoum, Vice President and Prime Minister of the UAE and Ruler of Dubai, members of the Supreme Council the Rulers of the Emirates, and the ‘Projects of the 50’, leading to the ‘UAE Centennial 2071’ vision.”

“The agreement for EGA to join the Hydrogen Leadership Initiative, which was launched by the UAE and the Ministry of Energy and Infrastructure during COP26 in Glasgow, will create a new model for constructive cooperation to strengthen the position of hydrogen as a key enabler in the decarbonisation of carbon-intensive industries,” he continued. “The UAE sees hydrogen as a promising fuel for the future to achieve carbon neutrality and the UAE Net Zero by 2050 Strategic Initiative. Such partnerships will help accelerate the transition to clean and renewable energy.”

“Aluminium’s use plays a key role in decarbonising other industries economy-wide, which makes decarbonising aluminium production even more of an essential challenge for our own industry. Replacing natural gas with hydrogen is one part of the potential solution, and we look forward to accelerating our work in this area in partnership with the other members of the Hydrogen Leadership Initiative, in cooperation with the Ministry of Energy & Infrastructure, and in support of the UAE’s Net Zero by 2050 Strategic Initiative.”