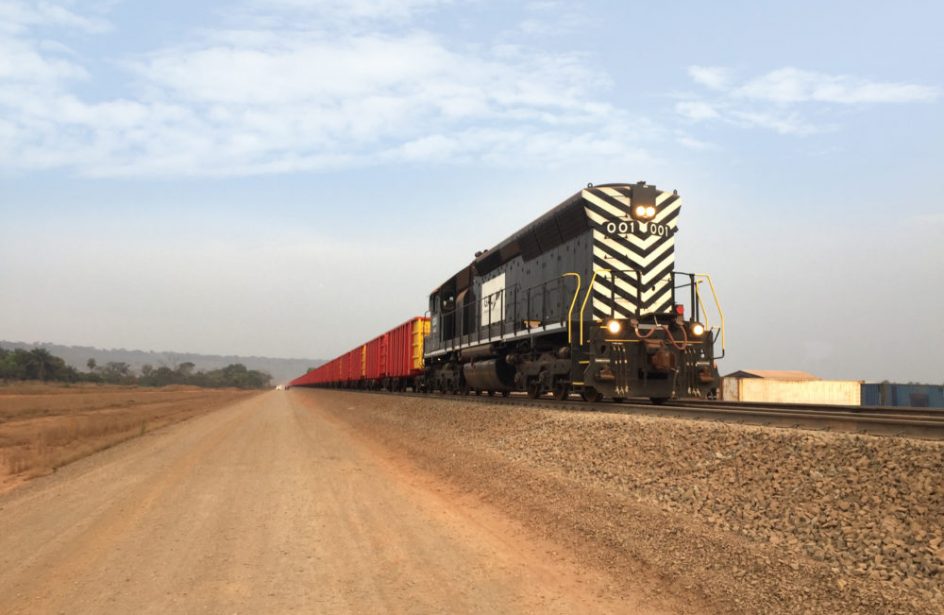 First bauxite exports expected during the second half of 2019. Source: EGA

UAE aluminium smelter Emirates Global Aluminium PJSC (EGA) announced yesterday the departure of the first train loaded with bauxite from subsidiary Guinea Alumina Corporation’s mine and its safe arrival to port facilities on the coast.

The milestone three-hour, 55-mile journey consisted of 80 railcars loaded with 6,800 metric tons of raw bauxite ore. The ore is not likely to be sold to third parties, as it is planned for use in developing a bauxite base layer at GAC’s new stockyard.

Though the majority of infrastructure is in place, EGA does not expect its first sales of bauxite to occur before mid-summer. The firm has completed rail loops and spurs connecting the facility with a nearby rail artery, and port facilities at Kamsar continue to be under construction.

“This milestone is the result of many thousands of hours of planning and teamwork in Guinea involving GAC, train operator Compagnie des Bauxites de Guinée, the owner of the existing rail infrastructure ANAIM, and other rail partners,” explained Abdulla Kalban, Managing Director and Chief Executive Officer of EGA. “I would like to thank everyone for their contribution to the safe and successful completion of this first journey as well as our neighbours. We are making good progress in Guinea, and look forward to first bauxite exports later in the year.”

Upon full operation, EGA expects six shipments of bauxite ore from the GAC mines to Kamsar per day, totaling a yearly output of 12 million metric tons.