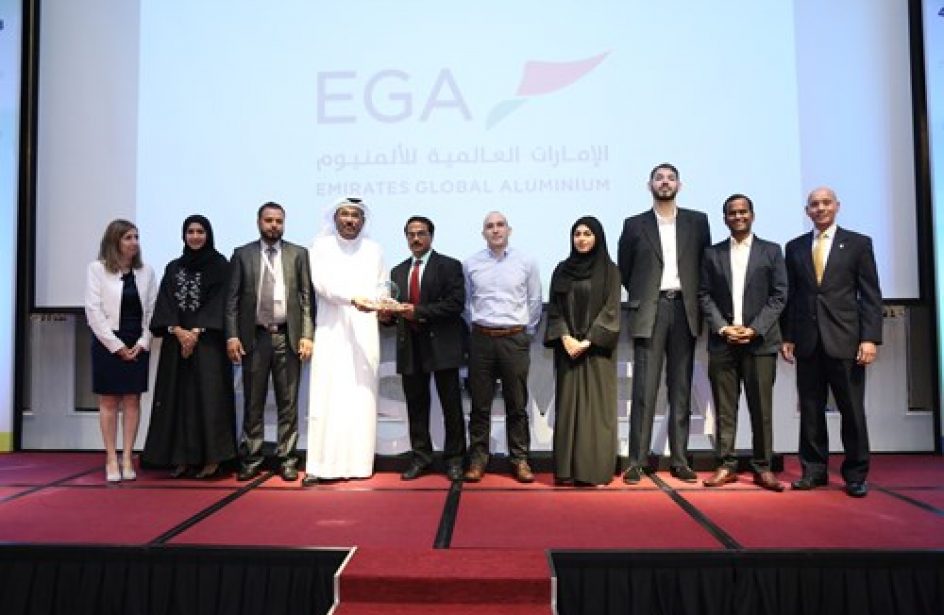 EGA was given the 2018 ASQ MEA Innovation Award for the Government Sector during ASQ’s 4th Regional Quality Conference, which was held last week in Dubai. ASQ highlighted EGA’s commitment to innovation, partnerships the firm has cultivated to foster such innovation, and the firm’s Innovation Management System, which has been a mechanism for employees to suggest improvements in place for almost four decades.

“Innovation and continuous improvement have been foundations of EGA’s success, both locally and globally, for decades. This award highlights not only the spirit of innovation within our organisation, but it is also testament to our strong support for initiatives that increase innovativeness across the UAE. We thank ASQ for the honour.”

Among the biggest initiatives dedicated to innovation that EGA operates is its Innovation Management System. Since its debut in 1981, suggestions made by EGA employees have saved the firm over AED36 million. Last year alone the system received over 34,000 suggestions for improvements from EGA employees.