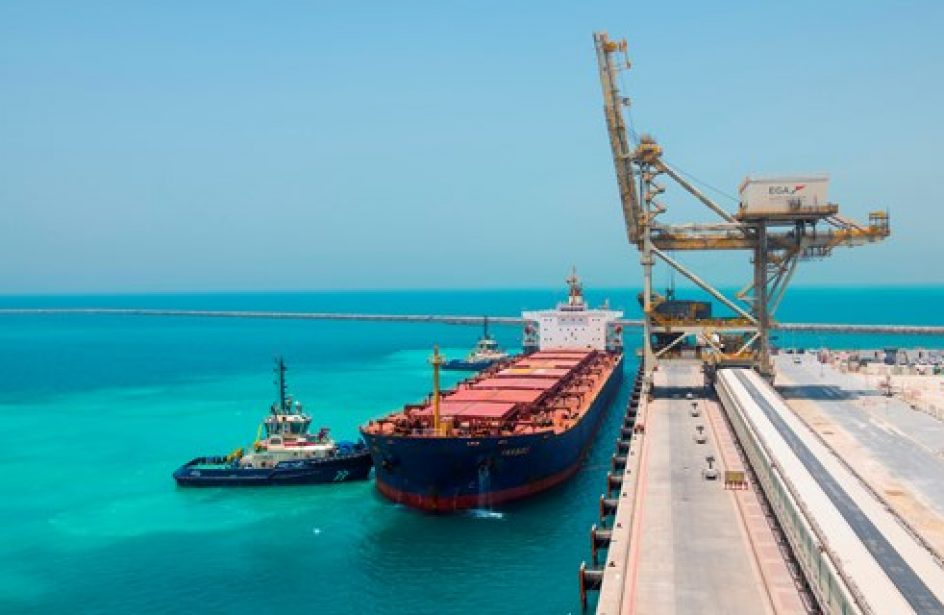 Emirates Global Aluminium PJSC announced this weekend the reception of the first bauxite ore destined for use at Al Taweelah alumina refinery from mines in west Africa.

The shipment of 61 thousand metric tons arrived at port just over a month after it left the shores of Guinea. It represents the first of a yearly commitment of 5 million metric tons from Compagnie des Bauxites de Guinée, which EGA will receive once operations at Al Taweelah reach full potential.

Arriving from mines via conveyor belt, the bauxite ore will be housed in a newly-completed bauxite warehouse until processing. The warehouse, which was completed earlier this month, is capable of holding up to 450 thousand metric tons of bauxite ore. EGA says the purpose of the warehouse’s significant capacity is to help insure refining operations at Al Taweelah will be unaffected by supply fluctuations from the firm’s mining partners.

Abdulla Kalban, Managing Director and Chief Executive Officer of EGA, lauds the shipment as a significant milestone in the country’s emerging aluminium sector.

“Alumina refining will be a new industrial activity for the UAE, so this shipment of bauxite is the first ever to our country. Thousands of people are currently working hard to bring the construction of Al Taweelah alumina refinery to completion, and we look forward to producing our first alumina during the first half of next year.”