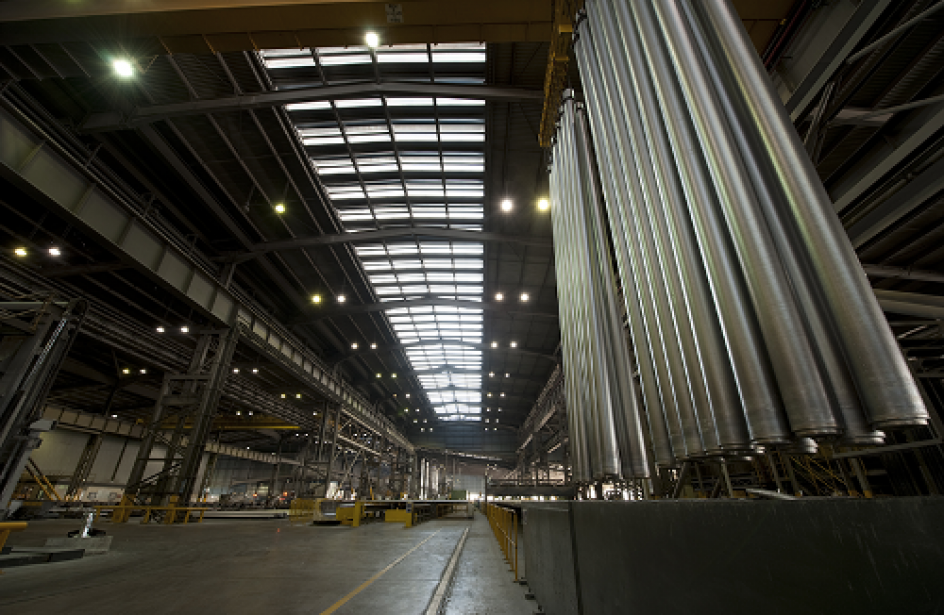 Emirates Global Aluminium (EGA) has ordered an additional batch homogenizing furnace from Austrian aluminium equipment manufacturer Hertwich Engineering. The order, placed late last month, is for a furnace to be utilized in the heat treatment of billets and is expected to go into operation later this year.

The furnace in question, which is the seventh such unit to be ordered by EGA from Hertwich, is designed to be used with billets 125 mm to 406 mm in diameter and between 5 m and 8 m in length and has a heat range of 450°C and 620°C. The furnace’s design helps to apply a more uniform heating of the billets by alternating the direction of the incident gas flow, avoiding the problem of loss of energy of the gas stream that is encountered by other furnaces. Such an improvement also significantly shortens heating time compared to other units. Additionally, instead of conventional cooling techniques that are conducted at separate cooling stations by air drawn one way across the billets, the new ovens alternate cooling airflow as well.

This oven will bring the total number of ovens Hertwich has delivered to EGA to seven – five such ovens at EGA’s Jebel Ali plant, and the remaining two are in operation at the firm’s Al Taweelah smelter. EGA began purchasing ovens from Hertwich in 1994 when the first continuous homogenizing plant was commissioned at Jebel Ali. As a result of initially positive experiences with Hertwich ovens, EGA is planning to replace its older batch furnaces with up-to-date units produced by the firm.

Hertwich plans to use ancillary equipment from the existing oven, including equipment that loads the trolley, the automated spacer handling, ultrasonic testing, furnace charging and operation, transfer to the cooling station and unloading the stack, sawing, weighing and packaging, to support the new oven it will be installing.