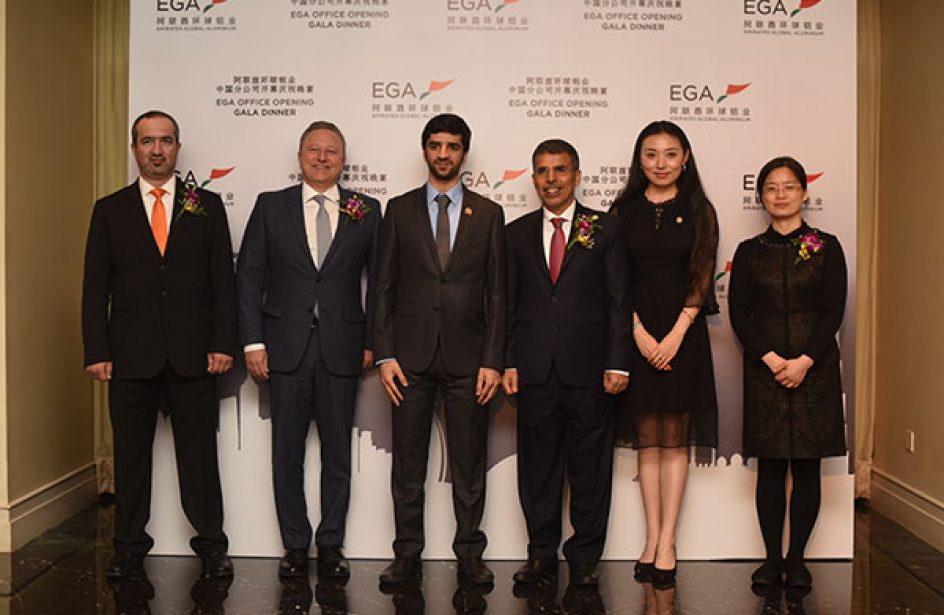 Emirates Global Aluminium PJSC opened its first office in the People’s Republic of China on Monday.

EGA’s office, which is in Shanghai, oversees the firm’s wholly-owned subsidiary in China, which sources raw materials and other supplies in the country. Over the past two years EGA has procured more than US$500 million of supplies from the country.

In addition to materials sourcing, the office is intended to help the firm develop sales opportunities in the country for bauxite from a mine it is currently developing in Guinea. The trading link is a part of the larger focus by China on its Belt and Road operation, which is an effort at reviving the trading routes in Asia first developed for the silk trade. According to EGA, the UAE has been China’s second largest trading partner for several years.

“China is already a substantial source of raw materials and supplies for EGA, and we expect the importance of China for our business to grow in the coming years,” explained EGA’s Managing Director and Chief Executive Officer Abdulla Kalban.

EGA has been looking for potential suitors for the bauxite stream it is expecting to establish from the Guinean mine. The firm estimates that the mine will produce up to twelve million metric tons of bauxite per year once it reaches full production. All in all, current estimates place the amount of high-quality bauxite under EGA’s control in Guinea at over one billion tons, which is one-seventh of the country’s estimated total.