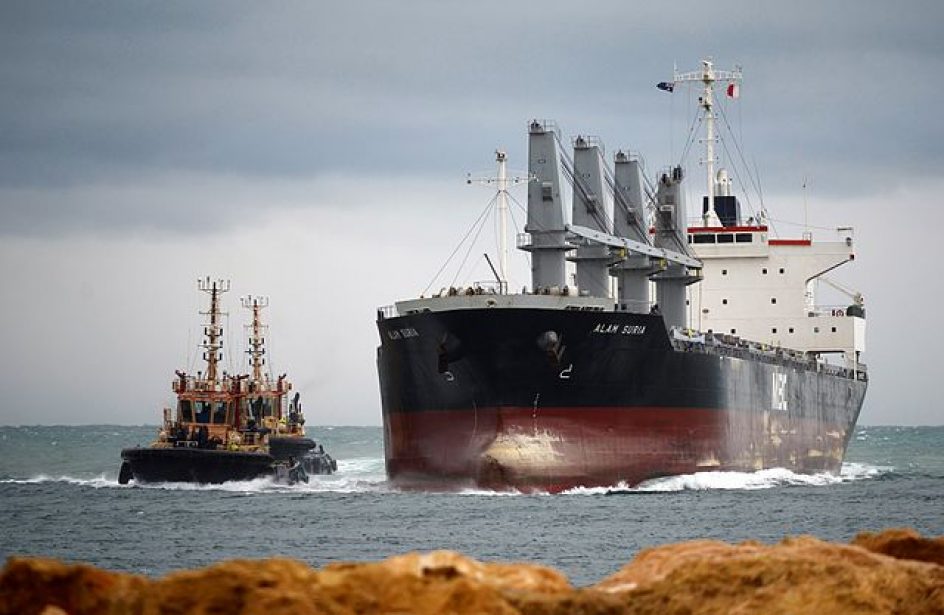 Separately, LDC subsidiary Louis Dreyfus Armateurs and Abu Dhabi Ports executed an agreement to form a joint venture to assist in the project. Financial details of neither agreement were made public by the firms involved.

According to EGA, the project will see bauxite harvested in Guinea by both EGA’s own Guinea Alumina Corporation (GAC) and Compagnie des Bauxites de Guinée and bound for EGA’s Al Taweelah alumina refinery loaded at the Port of Kamsar. Upon reaching the port, the bauxite will be moved offshore via self-propelled barges to a pair of floating transfer stations, then to bulk transfer ships destined either for Khalifa Port and Al Taweela or to third-party buyers at ports located around the world.

“EGA has set an ambitious growth agenda to expand upstream and internationally. Transshipment is an important link in the chain that will connect our alumina refinery and aluminium smelters in the UAE with bauxite mines in Guinea, and will also lower shipping costs from GAC to global bauxite markets.”

Gildas Maire, Chief Executive Officer of Louis Dreyfus Armateurs, opined that the deal is a win for not only his own firm, but for the Guinean economy.

“These agreements with EGA and Abu Dhabi Ports expand our geographic and operational footprint in West Africa. We are pleased to be partnering with these UAE leading companies, and to play a part in the development of Guinea’s economy by helping to enable the competitive transport of Guinean bauxite.”