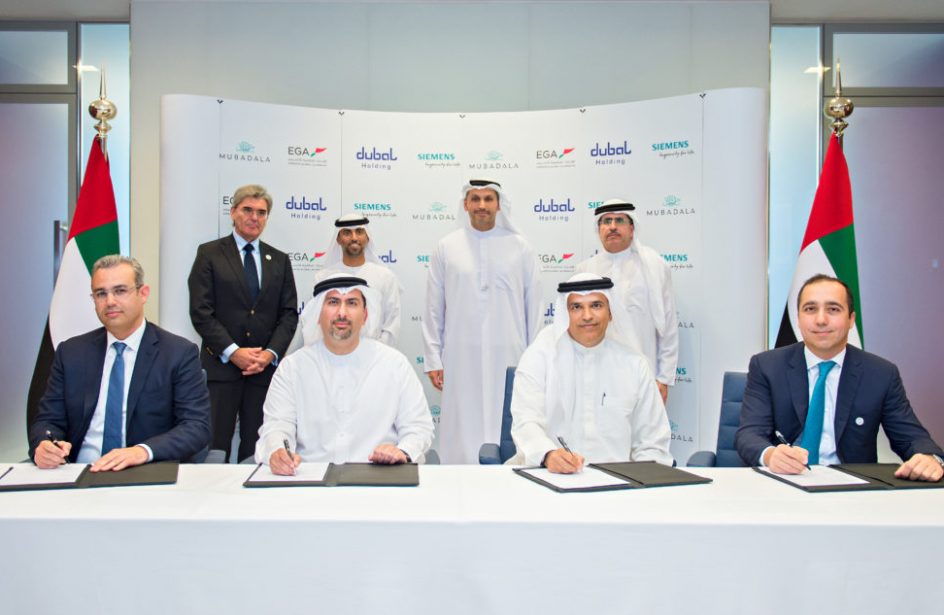 Under the terms of the agreement, Mubadala and Dubal Holding will establish a joint venture to build and run the facilities, which it says will improve efficiency and sustainability at the plant. EGA has pledged to buy the facilities in question 25 years after commissioning.

The project will see the addition of a combined cycle power facility featuring the UAE’s first combined cycle H-class gas turbine, which is to be constructed by Germany’s Siemens AG. Upon commissioning, the facility is expected to generate over 600 megawatts of electricity.

Once the new power generation facilities are up and running, EGA plans to ramp down production from a handful of older and less efficient turbines at the plant, reserving them for emergency use. The new facilities are expected to cut greenhouse gas emissions at the plant by fully one-tenth of its current output.

“This project creates an attractive opportunity for Mubadala to add to its portfolio of investments in power generation and utilities in the United Arab Emirates and internationally,” opined Khaled Al Qubaisi, CEO Aerospace, Renewables and ICT, Mubadala. “For EGA, structuring this project on the Independent Power Producer model provides certainty on power prices for decades ahead whilst preserving capital for other opportunities.”

“This deal will enable EGA to further improve energy efficiency, saving natural resources and reducing the costs and environmental emissions associated with our aluminium production. Bringing in our shareholders to invest in such power facilities through a new company makes sense for EGA from a capital allocation perspective as we expand our core business upstream and internationally.”