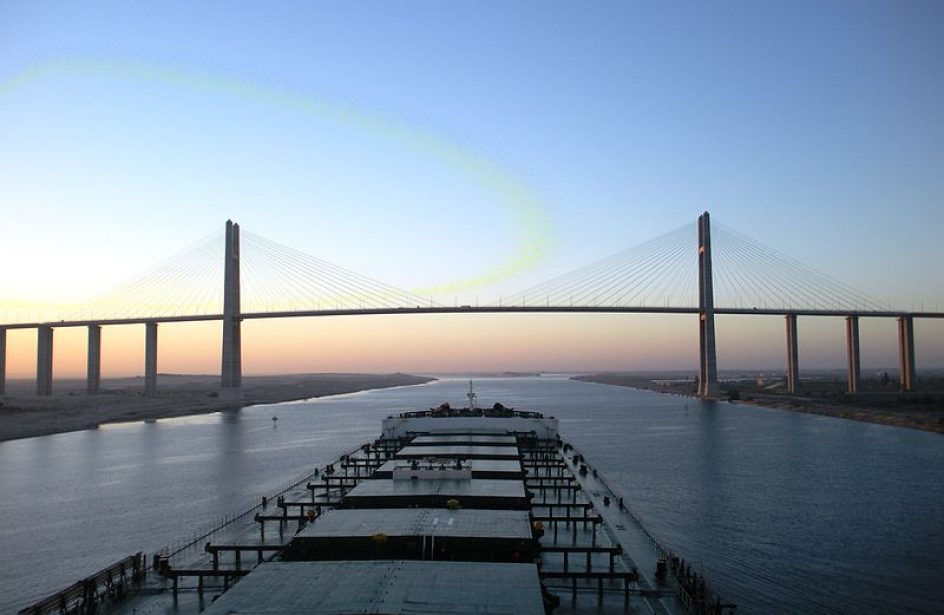 Yesterday, Emirates Global Aluminium PJSC (EGA) greeted the arrival of the region’s first fully-laden Capesize vessel at its quay at the Khalifa Port in Abu Dhabi. The arrival marks the beginning of bauxite shipments to fuel the new alumina refinery in Al Taweelah.

The bulk ore carrier is the biggest ever to dock at a port in the GCC. EGA and Abu Dhabi Ports recently completed a project to modify the approaches to the port to accommodate Capesize vessels by increasing the port’s approaches to a depth to 18.5 meters and a width to 280 meters. The port may now handle shipment from Capesize ships, which boast a draft of 18.2 meters, a length of 300 meters, and a width of 50 meters.

EGA says yesterday’s shipment is the first of many from mines in the Republic of Guinea. Utilizing Capesize vessels will aid the firm in keeping costs down, as each vessel can transport up to 180 thousand metric tons of bauxite ore.

Abdulla Kalban, Managing Director and Chief Executive Officer of EGA, hailed the first shipment as a red-letter moment in the history of his company and the region as a whole.

“The arrival of Cape Taweelah is a landmark moment for EGA, but these huge ships will become a familiar sight at Khalifa Port over the years ahead. We are glad Abu Dhabi Ports addressed our need to bring Capesize vessels to our quay and decided to further develop the capabilities of Khalifa Port, also benefitting trade in Abu Dhabi and the UAE more broadly.”

“Welcoming this Capesize ship at EGA marks another first for Abu Dhabi’s maritime and trade industry, and demonstrates our commitment to ongoing innovation and expansion in response to market and tenant demands,” noted the Chief Executive Officer of Abu Dhabi Ports Captain Mohamed Juma Al Shamisi. “Our investment in deepening and widening the channel has created better business opportunities for all partners, including CSP Abu Dhabi, which recently received one of the largest container vessels at Khalifa Port with a capacity of 21,000 TEU.”