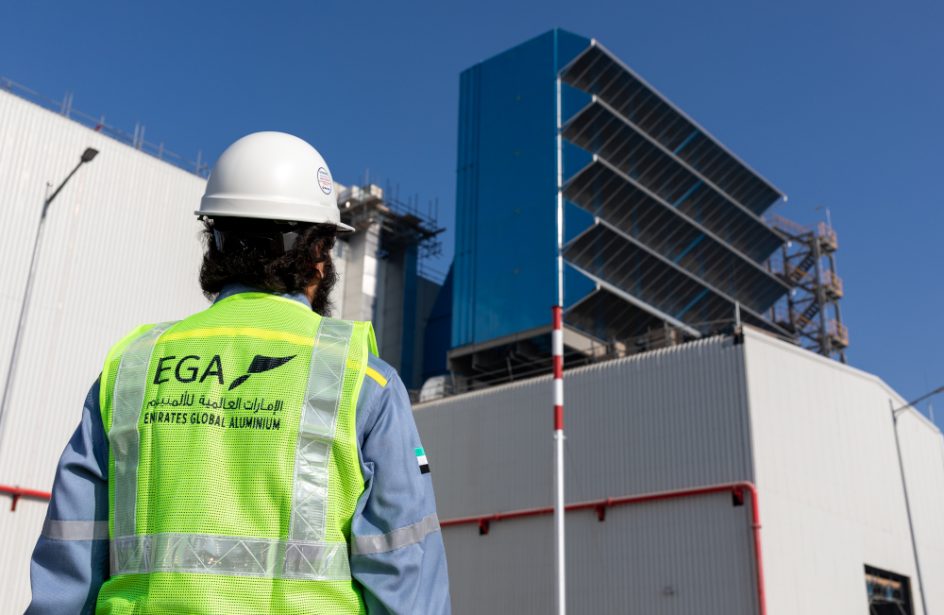 A joint venture between Emirates Global Aluminium (EGA) and Mubadala and Dubal Holding spun up a new gas turbine for the first time at the site of its under-construction power plant at the Jebel Ali operations.

The power plant, which will be operated by JA Power & Water Co, started the Siemens Energy H-class gas turbine at the AED1 billion project, which is one of the most advance such turbines in the world. EGA will draw power from the plant for its aluminium smelting operations, decreasing its carbon footprint and increasing its efficiency. The new turbine is expected to lower greenhouse gas emissions at Jebel Ali by a tenth, and dropping NOx alone by up to 58 percent.

Saeed Mohammed Al Tayer, Vice Chairman of EGA, said in a statement that the project also aligns with broader sustainability goals as well.

“This ambitious project is in line with the directives of His Highness Sheikh Khalifa bin Zayed Al Nahyan, President of the UAE; His Highness Sheikh Mohammed bin Rashid Al Maktoum, Vice President and Prime Minister of the UAE and Ruler of Dubai, and His Highness Sheikh Mohamed bin Zayed Al Nahyan, Crown Prince of Abu Dhabi and Deputy Supreme Commander of the UAE Armed Forces to enhance sustainable development in the UAE. This project which includes a leading technology in efficient power generation supports the objectives of the UAE Vision 2021 and the UAE Centennial 2071, which outlines the path for a brighter future for generations to come by making the UAE the world’s leading nation. We look forward to the successful completion of this project and for it to contribute to our nation’s prosperity for decades to come.”

“We are making good progress on delivering this important project, despite all the challenges of 2020,” added EGA’s CEO Abdulnasser Bin Kalban. “Most importantly, the work to date has been completed safely with zero lost time injuries. This new power plant will improve the efficiency of power generation at EGA even further. That means lower costs in natural gas, and lower costs to the planet. Many applications of aluminium contribute to sustainability, but the environmental impact of how it is made also matters.”

Dietmar Siersdorfer, Managing Director of Siemens Energy in the Middle East and UAE, emphasized the importance of the project.

“This is a landmark project, as the first Siemens H-class globally to power an aluminium smelter, the most efficient power plant in the UAE and the most efficient in EGA’s fleet. This proven technology will help to decarbonise the UAE’s industrial sector and we look forward to continuing to work with EGA, Mubadala and Dubal Holding.”