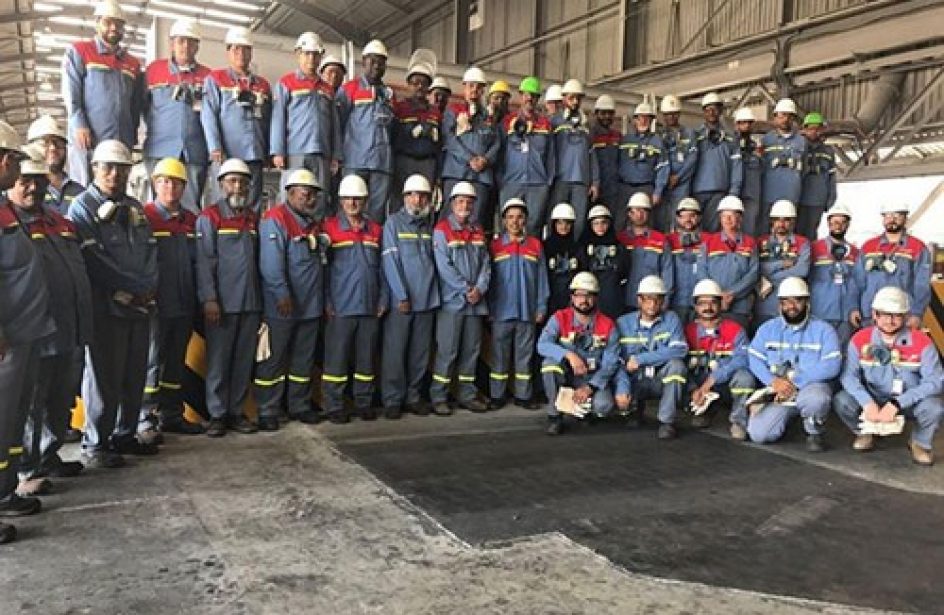 According to the firm, the plant’s production lines are now powered by proprietary technology that both increases production and reduces operating costs and environmental degradation. As of now, EGA’s 2,777 reduction cells all operate using technology developed domestically.

EGA says that the new reduction cells now produce 20 percent more product than their predecessors using 10 percent less energy. In addition, the new cells produce 96 percent less perfluorocarbons, which is a greenhouse gas emitted as a by-product of anode effects of aluminium production.

Overall the project boosted EGA’s production capacity by over 58 thousand metric tons per annum at a cost of over six million man-hours. EGA says that the project was completed without a single lost-time injury.

“This project to replace older reduction cells with UAE-developed technology boosts our competitiveness as one of the largest ‘premium aluminium’ producers in the world as the new reduction cells can produce more aluminium with less energy and with lower emissions. The most important achievement for me though was that a continuous focus on safety meant this challenging project was completed without hurting anyone.”