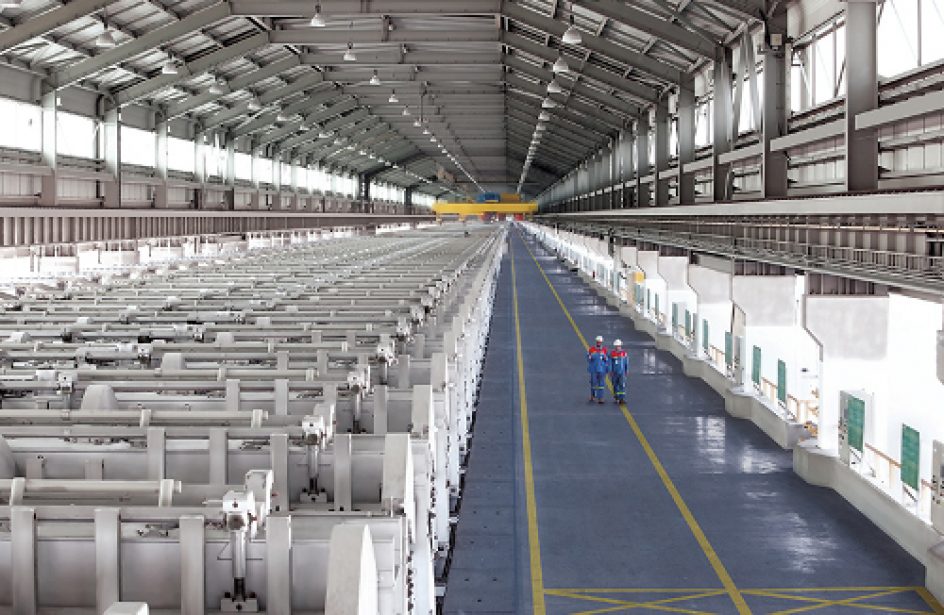 UAE’s Emirates Global Aluminum (EGA) filed for four new patents on products and procedures it believes will increase the firm’s productivity and enhance its operating efficiency. Each of the four new patents are improvements upon the Hall-Héroult process for smelting primary aluminium.

The first of the four patents is for a cathode block assembly that incorporates a bi-metallic insert of copper and aluminium that optimizes current collection, necessitating less voltage than the standard steel cathode collector bar. The new cathode block also allows for a more even distribution of the current collected by the cathode, making the cathode last longer and the operating cell more stable.

The second patent is for a copper cathode contact inserted on top of the steel cathode collector bars. Such copper inserts decrease the voltage drop of the cathode, which translates into an improvement in energy consumption. This cathode incorporates a non-contact zone between the inserts and the cathode bar at the end wall of the cathode bar, which is a process previously patented by EGA that decreases the cell’s energy consumption by lengthening the path of the current to the collector bars. This makes for a more even distribution of current and, as a result, a pot that is more stable.

The final patent filed by EGA is for a busbar system that makes start-up and shut-down of a potline easier. The system utilizes temporarily used crossover busbars (“TUCBs”) that are able to start and end an electrical connection in a reversible fashion. This setup allows for the shutdown of a section of potline independent of the rest. It also allows for pots or potlines to be started up section by section instead of requiring the entire system to be started.