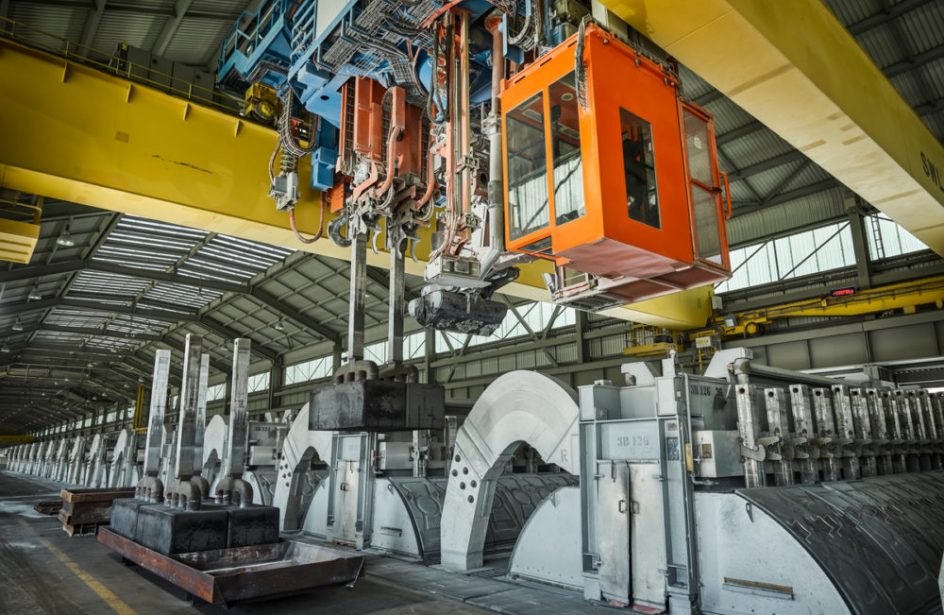 Emirates Global Aluminium (EGA) completed a major refurbishment of its Potline 3 at the Al-Taweelah aluminium smelter, having relined the reduction cells after several years of use.

According to the firm, the over 400 reduction cells were also augmented with new steel collector bars with copper inserts, which are intended to improve performance at the potline. As copper is highly conductive, the collector bars reduce overall power consumption and allow the potline to be run at a higher amperage. Not only will the addition reduce the production of greenhouse gases at the site, the lower power usage will allow new pots to be installed in later updates.

EGA continues upgrades at other reduction cells onsite as part of its overall refurbishment activities.

Abdulnasser Bin Kalban, EGA’s Chief Executive Officer, said the refurbishment initiative is part of a larger push to increase sustainability at the site.

“Aluminium is one of the most essential materials needed to build a more sustainable future. At EGA, we are committed to finding every way to enhance the sustainability, energy efficiency and safety of our aluminium production process. We will leave no stone unturned and take every opportunity to make even small improvements like this.”

Potline 3 was commissioned five years ago and constructed using proprietary DX+ technology, which is one of the most efficient aluminium-smelting processes in the industry. The entirety of EGA’s potlines at Al-Taweelah were constructed using technology developed domestically, and older lines have been continually refurbished with better, more efficient technology over the years.