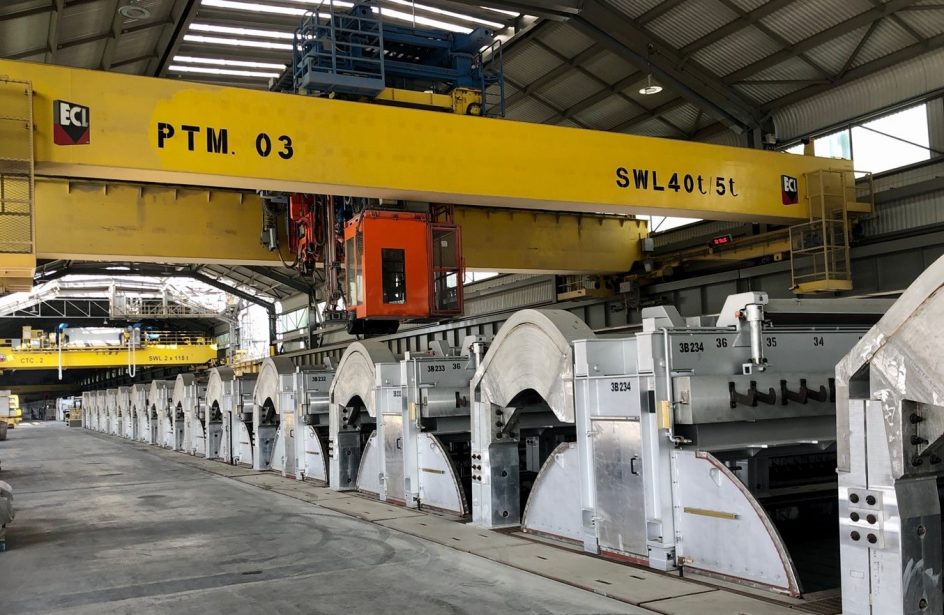 The project expanded the Al Taweela smelter’s nameplate capacity to 78 thousand metric tons per annum by installing 66 new state-of-the-art reduction cells. EGA notes that the cells use entirely domestic technology, as have all expansions to the plant since the ‘90s.

EGA’s CEO Abdulnasser Bin Kalban elaborated upon the importance of this milestone in a related press release.

“The completion of this expansion project adds to our production capacity amid strong demand for aluminium as the world builds back better from COVID-19. The expansion was delivered below budget and on schedule, and with zero injuries leading to time of work, despite the challenges of execution during the pandemic.”

“All 2,843 reduction cells at EGA use our own efficient technology developed in the UAE, an important source of competitive advantage and pride for us as a leader in the global aluminium industry,” he continued.

The three-phase expansion concluded with the installation of 14 new reduction cells on Line 3, which utilize the proprietary DX+ Ultra technology.

In addition to use at EGA’s plant, DX+ Ultra technology will again be exported to other countries, as the firm signed an agreement with NEO Aluminio Colombia to assist the firm as it constructs South America’s first aluminium smelter.